Sofia Jonsson,Posted on 2021-10-182021-10-18
Categories Categories: History Class, Opinion, The DivisionTags Tags: humanities, sphere
In the think piece, “Our image of the savannah reveals who we are” (Vår bild av savannen avslöjar vilka vi är), doctoral student Erik Isberg reflects on how our image of the early people on the savannah has change over the centuries and how it is characterized by its time. The text originally was published in Swedish for Sverigesradio.se. Below is a translated, shorted version. 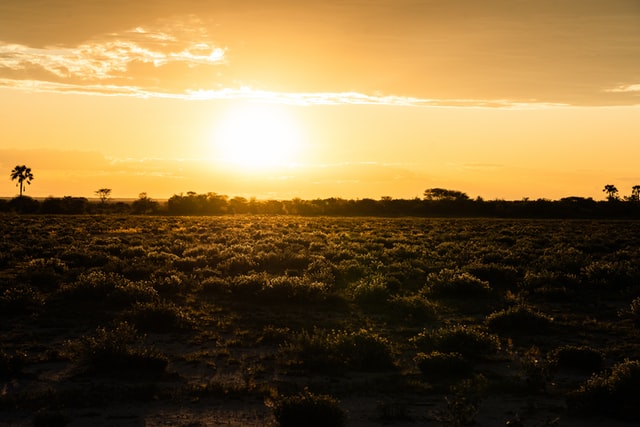 Our image of the savannah reveals who we are

Already 60 years before Christ, the Roman poet Lucretius speculated whether the first humans were of stronger stuff than the spoiled civilized equivalent, and in the 18th century, the philosopher Jean-Jacques Rousseau expressed a similar idea, contrasting an idealized image of a harmonious state of nature against a corrupt contemporary. However, after World War II, theories about the origin of humankind gained new weight: they were to be substantiated scientifically rather than philosophically.

In the book “Creatures of Cain: The Hunt for Human Nature in Cold War America”, the historian of ideas Erika Lorraine Milam writes a kind of savannah’s cultural history from the end of World War II.

The popular science stories of the 1950s about the origins of humanity emphasized cooperation, everyone’s common roots and the ability to communicate as an essential human trait. They were often cheered on – intellectually and financially – by Huxley’s Unesco. However, as the dream of a harmonious world began to fall and the balance of the cold war terror took over, the mood on the savannah also changed.

60’s pay attention to man’s inherent aggressiveness. A new generation of popular science writers highlighted characteristics such as violence and dominance as defining for the first humans. This inherent aggression had dictated the conditions of existence on the savannah, where those who wanted to survive had to establish a violent capital.

This savannah did not become particularly long-lived. Milam places the end of the idea of ​​The Killer Ape, the dominant male as ruler of the savannah, to the 1980s. Who stepped in and took his place? No one, she answers. “When violence and prejudice became personal,” Milam writes, “biological theories of aggression and human nature became inadequate.” Collective explanatory models lost status and when the Cold War regime began to loosen up, the terrorist balance of our ancestors disappeared. Time had run out from the savannah, free individuals who left the stone axes in the grass and did not want to feel any common prehistory replaced The Killer Ape.

Nevertheless, the cultural history of the savannah does not end here after all. We find it everywhere at the bookstores’ top lists, and in TV productions and radio shows, it is an obvious foundation. Rather than disappearing, the savannah just seems to have changed shape. The prehistory that appears in the health literature appears as a continuation of the ideas that Milam describes in her book, but where the individual is more interesting than the common. Today we do not refer to our ancestors in matters of violence and prejudice, instead they are used to answer questions about how to live a better life. In this way, the savannah retains its moral implications, but not for society at large, but for the individual. Huxley’s vision of society has been replaced by self-optimization.

Swedish epidemiologist Anders Wallensten, author of the book The health mystery (Hälsogåtan: evolution, forskning och 48 konkreta råd, Bonnier Fakta, 2020), presents a savannah where the community is larger and the group’s cohesion is crucial for its continued survival. However, the goal of the community is not, as was the case in the utopian descriptions of the 1950s, a new society, but how individuals, through the support of the community, are to create a good life. Cooperation and community do not appear as goals in themselves, but as means for the individual to realize himself. In addition, the individual’s responsibility seems almost absolute.

Since Julian Huxley stood on the steps in Paris, the inhabitants of the savannah have repeatedly changed shape, and the popular science writers of the future will probably let the savannah be populated by additional new inhabitants, where the props remain but the ensemble is replaced. Perhaps the self-optimizing savannah people will have to make sacrifices for each other when pandemics and climate change hit their contemporary counterparts. Or something completely different happens. Perhaps the most interesting thing is not what answers the savannah can give us, but what questions we think it can answer.