The Division of Electromagnetic Engineering (EME) is one of sixteen divisions at the School of Electrical Engineering and Computer Science at the Royal Institute of Technology.

The division was formed at the end of 2005 by the merger of the Department of Electrotechnical design (EEK) and Electromagnetic Theory (TET). In 2008-2009, the Electromagnetic Compatibility (EMC) group at Uppsala University was incorporated into the department. 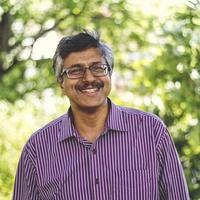