KTH alumni named among the world's most promising lighting designers

The Lighting Design Awards have announced the 40under40 of the year to celebrate and acknowledge young prominent lighting designers in the world. One of the winners is KTH's Federico Favero.

Federico Favero is Programme Director of the one-year Master's Programme in Architectural Lighting Design  and lecturer at KTH Architecture. He teaches and researches

lighting design at KTH's Lighting Laboratory since 2006. The unit became part of KTH Architecture in 2017.

Two other KTH alumni were also acknowledged in the 40under40 list: Isabel Villar, White Architects (Sweden) and Mariana Novaes, Atiaîa Design (Brazil). Both have studied Architectural Lighting Design at KTH. 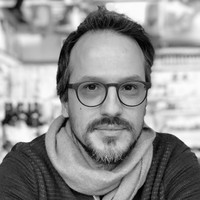