The field of Artificial Intelligence has seen some major breakthroughs in recent years due to a technique known as "deep learning". I will present a relatively non-technical introduction to deep learning and
also talk about the central roll played by large data sets when using this method. This combination is at the center of the emerging field of "data science" which is likely to have large implications in various fields besides AI. The lecture is part of the under graduate course Artificial Intelligence (DD2380).

The problem of designing algorithms that achieve automatic visual recognition in images or recognition of spoken language have a long
history in Artificial Intelligence. Algorithms for achieving this have been evaluated in contests every year for the last 10 years. Typically
they achieved a couple of percent improvement every year. This has changed drastically since 2012 when the first results of using deep
learning in convolutional networks for visual recognition on large scale object category databases were reported. Since then,
improvements have been around 10-15% every year. In addition to visual recognition, results in speech recognition have been improved at the same level using deep learning. A crucial factor in achieving these results have been the construction of large data sets in connection with the scaling of convolutional networks. Subsets of labeled objects in the datasets are used to train some 60 million parameters in the networks. The networks seem to extract relevant patterns and structure from the large datasets in new ways that scientists in the field have not been able to achieve with other methods. The methodology of deep learning is a prime example of the emerging field of "data science" where information is extracted from large data sets in ways that have not been possible using standard statistical analysis. In Deep learning classical programming is replaced by the empirical collection of labeled examples of data used to train generic computational structures. It has recently achieved success in very diverse fields such as language processing and bioinformatics and can be expected to be of growing importance in various fields in the immediate future. In this lecture I will give an elementary introduction to deep learning and it's achievements and also disuss future potential devlopments. 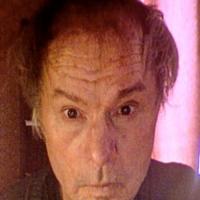 stefanc@kth.se ,
Profile
To the calendar