Smartwatches tell us how to design cities

Smartwatches can be a low cost, effective tool in collecting data on how people are affected by different environments when planning and designing a city.

Traditionally researchers rely on how people perceive things, which is open to different variables and to misrepresentation. But by using a simple smartwatch, researchers can collect biometric information such as heart rate and that can tell us quite a lot about the mental state of the person when moving around in the city.

“For example, we can see if the person is stressed or not. We are trying to remove the human factor from collecting data about humans”, says Robin Palmberg, PhD researcher at ITRL with a background in human computer interaction.

Robin’s field covers how we can use new technologies, like smartwatches and smartphones and combine those to collect information about the daily routines of people when they are traveling in the city.

He says it’s easy to strap this cheap device on 50 people and send them out to live their regular lives. After a few months you collect them and he has a bunch of data on different situations. Using this data researchers can see how different areas of the city affect people in general.

“When you talk about designing a city, there should either be no effect on the person or a positive effect. This helps us understand how different parts of the city affect people differently, and we can adjust the way we design things”.

It’s interesting to use new technologies in new ways, like smartwatches and smartphones and combine those to collect information about the daily routines of people when they are traveling in the city.

“But you can also use the same information in manufacturing cars for example. In the MERGEN project (Robin’s current project), we are trying to figure out how to create a good interaction design for controlling vehicles, using the same principle.” 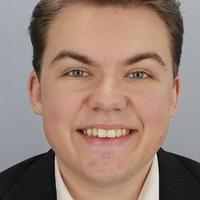 He conducts extensive and pioneering sustainability-related education and research, and has started international collaborations spanning over many re...

A milestone for KTH's newest campus

A batch of students and a doctor - the first eggs from KTH Södertälje are hatching. Now KTH's newest campus want to establish more collaborations with...

After the summer, The House of Science will re-open for school classes. But the digital activities during the pandemic have provided new lessons for t...