In this docent lecture in architecture, Dr. Jennifer Mack offers alternative histories and theories of modernist suburbs to foreground them as neighborhoods of today. She draws on over a decade of research in suburbs built during the so-called Swedish “Million Program,” the national housing project that produced over one million dwelling units between 1965 and 1974.
The lecture will be held in English and is open to the public, no pre-registration required.

Mack recognizes how the rush to stigmatize these suburbs as sites of both social problems and unattractive architecture during the late 20th century continues to affect their reception today: a widespread disdain – among members of the public, in the media, and within design practice – that situates their architecture and planning as root causes of social problems.

Through her research, she promotes their more sensitive treatment during renovation projects and questions universal, positivist solutions to problems like segregation. Presenting her notions of “green affect” and “urban design from below” as heuristics, she demonstrates modernist suburbs to be much more than flat caricatures of political hubris, formal ugliness, or social struggles. Mack argues that these supposedly failed “cities of the future” are now, decades later, spaces with both a long history and an ongoing, abundant everyday life. The lecture emphasizes modernist suburbs as living neighborhoods: spaces in the present tense. 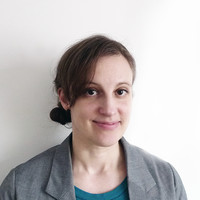 ARKITEKTUR FORSKNING EXTERN
To the calendar