His tools can optimize our future transport systems

An old observation is that nothing is more difficult to predict than the future. But based on existing trends, it is safe to assume that electrification, digitalization and automation will have a major impact on society. Not least on how people and goods are transported. Gyözö Gidofalvi at the department of urban planning and environment has been working with transport issues for some 20 years. It seems like a good idea to take his research into account when planning for the road ahead.

Common themes for much of Gyözö Gidofalvi’s work is how objects move in time and space, and numbers, large numbers. His doctoral studies at Aalborg University focused on developing spatio-temporal data mining methods for location-based services. He and his students, among them Adrian Prelipcean, Can Yang and Jesper Provoost, have since continued researching how to extract patterns from movement data to utilize for transport applications.

In 2018 Gyözö Gidofalvi joined the Integrated Transport Research Lab, ITRL, where he has a 50 per cent research programme leader role as a part of his full-time position at the Division of Geoinformatics, a subject he thinks deserves more attention.

He describes how this offers a conducive multi-disciplinary and multi-stakeholder environment and a system perspective integrated approach to transport sustainability. Gyözö Gidofalvi has performed extensive research on the electrified roads of the future. It does take some thinking to optimally replacing a traffic infrastructure built for fossil fuel vehicles with one based on electricity. It is estimated that just planning the new electric road system in Sweden will cost a few hundred million kronor, a relatively modest sum compared to Germany where the planning is expected to cost about 4 billion euros.

“A rule of thumb is that the cost of a long-haul truck is composed of the vehicle, the driver and fuel, one third each,” says Gyözö Gidofalvi. “When switching to electrically powered vehicles, due to the high power-efficiency of electric motors, you eliminate about 80 per cent of the fuel cost. In 5 to 10 years, you will probably also see demonstrations of fully automated hub-to-hub operations of heavy freight trucks. To enable a safe and rapid transition and future operations, in the relatively near future fleets of trucks may be managed from a central control tower type hub with a much lower driver cost. This will drive the development and give trucks a competitive advantage compared to e.g., freight trains.”

Stationary charging works quite well for smaller vehicles for personal transport as well as regional and distribution transport purposes. They are also quite straightforward to construct since the land is normally privately owned. But relying on charging stations is problematic for heavy traffic with vehicles that can weigh some 60 tonnes. Long-haul trucks travel long distances and although they can have more powerful batteries, their capacity and range are limited by the sheer battery weight. Relying on batteries only would therefore require a large amount of charging stations and still risk congestions and overload at the stations and on the electric distribution network lines. There are also environmental and cost issues with sourcing enough raw material for large batteries of the entire vehicle fleet.

“Charging stations are the low hanging fruit of the electric transport system but they are more complex than traditional gas stations, which are basically composed of a tank and a gas pump. Still, during the last 50 years, the number of gas stations in Sweden has decreased from 8.500 to 2.500 due to insufficient profitability. Charging stations are additionally dependent on having an electric grid of sufficient reach and capacity and that is something entirely different to having fuel trucks deliver gasoline.”

Currently, the de facto agenda is to electrify long continuous stretches of highly trafficked transport corridors. More recently, to reduce the prohibitive electrification of entire corridors, experts started to discuss equally spaced and equally sized gaps in between the electrified stretches along the corridor. The problem is that the “constant gaps” approach only works if all vehicles are the same weight and speed and essentially mainly move on the electrified corridor. But clearly, this is not the case.

The problem with both the traditional corridor approach and the constant gaps approach is a one-sided focus on road sections with a lot of traffic, without taking into account the truck’s transport route which defines both the energy use and the charging opportunities of the truck. Depending on the battery charging status, these can prove to add limited benefit to the system. A truck with an already fully charged battery will gain very little. And a truck close to its destination will most likely also be close to a charging station.

“A more effective method is to electrify well-chosen road segments where many vehicles in need of charging can top-up their batteries to extend their range more effectively. One of many challenges in creating an optimized electric road structure is where to place these segments.”

This is something Gyözö Gidofalvi has studied in the research project Reno – Route Based ERS Network Optimization. Taking advantage of years of research and huge amounts of data - and with tremendous help from KTH Innovation - this knowledge has also been used in a deep tech startup company that he founded with Jesper Provoost among others, Gordian Logistics Optimization Systems, that uses AI to help plan and operate efficient and sustainable transport systems that maximize the benefits of electrification, automation and digitalization.

Like Alexander the great taking care of the Gordian knot in an unforeseen and resolute way, this startup is using its sharp tools to cut through a multi-factorial puzzle with an extremely high number of pieces. The calculations used are based on 10 million annual heavy freight transport routes and take into consideration battery size, charging power and factors like inclination, weight, speed and not least the charging opportunities the trucks have had and that lie ahead. The number of alternative placements is huge but the calculation still just takes some moments.

“We can simulate the effect of one placement in 0.3 seconds. To find an optimized placement we intelligently search through the top few million placements in 20 minutes.”

And spending that extra time before rolling out the road construction machines can be rewarding. According to their calculations, an optimized road structure can electrify up to three times more transport work than traditional corridor plans or achieve the same transport work with 80 per cent less investment, either way, environmental and financial gains are enormous.

In a different project, “PREDICT”, Gyözö Gidofalvi has been working with Jesper Provoost in creating an algorithm to manage a fleet of vehicles in real-time. This has been tested in a simulation, based on real New York taxis with 5.000 cars and 18.000 requests per hour, where vehicles have been directed from a system optimizing perspective, to locations where they are expected to better match demand.

“Compared to the present situation, where every driver makes an individual assessment, our algorithm would have decreased the passengers’ waiting time by 69 per cent and the same transport need would have been satisfied with only 4.000 cars, a decrease of 20 per cent or 1.000 cars. And with 1.000 fewer cars on the roads, there would be less congestion and an improved traffic flow. Our next step is to add the need for electric charging to the algorithm so we can direct cars to charging stations in an optimal way as well.”

New technologies and ideas will shape the way our transport system works, and this brings us back to Gyözö Gidofalvi’s startup company. Gordian is one of many taking on the challenges of future mobility, but it stands out. Competing with 250 others, they recently reached the final stage of the EIT Urban Mobility Accelerator Pitch Awards. This Tuesday, 22 June, the 10 startups remaining in the competition got to pitch their concepts. Gordian didn’t make it to the podium, but they were one of two additional competitors being offered an investment readiness programme package from the organizers, which should translate into finishing in the top five. An impressive feat that should prove that their ideas are to be reckoned with and listened to by transport planning authorities, battery manufacturers, vehicle and charging equipment manufacturers, logistics and mobility service providers, electric grid companies and everyone involved in creating our future transport system. 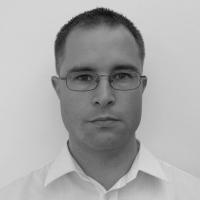 This is the twelfth article in the School of Architecture and the Built Environment 's new series of articles on selected research, education or collaboration initiatives from each department. You can find the previous articles here: