At the crossroads – wind energy for Germany - lessons for Sweden

The dynamic wind energy development in Germany over the last two decades came along with relevant innovations. However, German has a lesser size, approximately 10-times the Swedish population and energy demand and no comparable hydropower capacities. The still outstanding rank of Germany’s renewable energy sector draws on land-consuming wind energy. 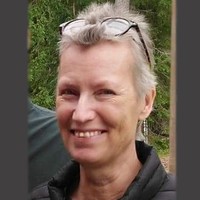 Planning of wind energy sites had been triggered by amendments of Germany’s well-developed spatial and municipal planning system as well. First, the siting of wind energy has been ‘privileged’ in rural areas outside settlements, likewise mostly farming development only. Second, to avoid unintended sprawl of wind energy sites, this permitting privilege was to be spatially governed by regional, and/or if in lack of them, municipal zoning identifying suitable areas. Most German states empowered the regional over the municipal governance level in terms of wind energy.

Over time jurisdiction ever more interfered and downplayed the planning discretion of the regions. Judges came up ever more to set planning corridors, for example, introducing so-called ‘hard’ and ‘soft’ planning restrictions for the siting of wind energy. At the same time, opponents of wind energy are predominantly in favour of weakening the regional planning system for the sake of a stronger role of the municipal zoning. The regional planning system had previously not been set up for such a guiding and precise role in siting governance. It often falls short when challenged before the courts, and it is curious to see that as well pro and con wind energy advocates are the plaintiffs. Furthermore, it depends (all too) strongly on the state governments political inclination towards wind energy to which degree they set up further planning restrictions. In contrast, a new and seemingly rather consistent planning approach has established on a regional level offshore as well; it is the federal level directly developing the relevant zoning and providing permits of offshore wind farms. Finally, in combination with the recent shift of the economics towards an auction-based system, the sheer lack of sites for wind farms and the ever more unattractive bidding scheme led to a ‘self-fulfilling prophecy’: development on land decreased substantially in 2018. Thus, the question arises how far Germany has made it with its half-way approach between federal incentives and the otherwise municipal planning autonomy?

Johann Köppel is a full professor at the Berlin Institute of Technology (Germany). He is specializing on how environmental and social issues can be as evidence-based as possible incorporated into decision-making processes of wind energy plans and projects. He has studied both the governance as well the environmental implications of renewable energy development. He also focuses on emerging issues and ever more ‘wicked problems’ in this field, inter alia drawing on a comprehensive ‘horizon scan’ on pertaining wind energy and socio-environmental challenges. He is serving as a member of the scientific advisory board for the amendment of the German marine spatial plans in the North and Baltic Sea, covering substantially the offshore windfarm sector.

The seminar is jointly arranged by STandUp for Energy , the REWIND project  and the Environmental Management and Assessment research group , KTH. It is free of charge.