The Stockholm Archipelago Lectures are part of the public activities of the KTH Environmental Humanities Laboratory. The series was initiated in 2012.

The Less Selfish Gene: Forest Altruism, Neoliberalism, and the Tree of Life 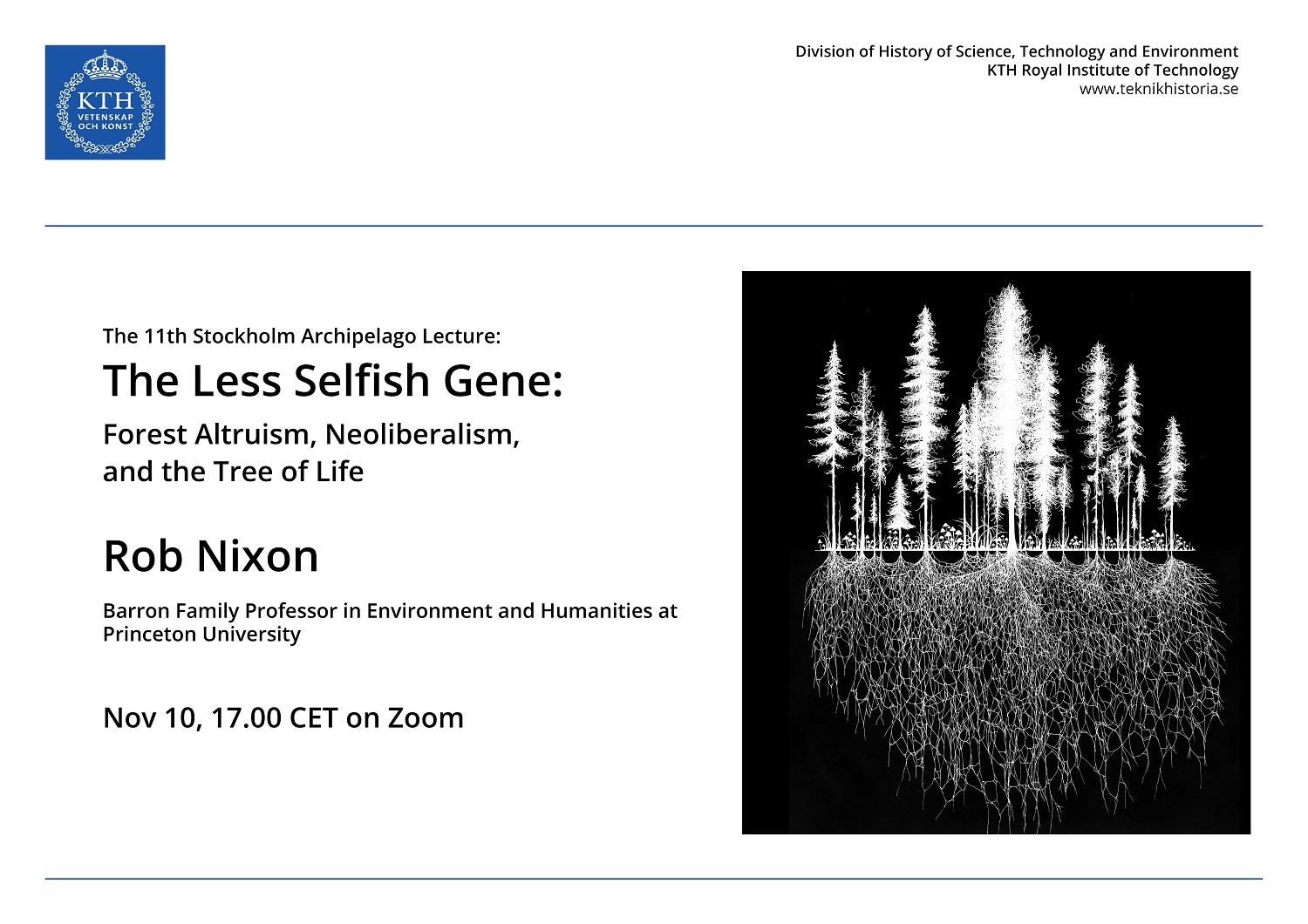 Why have millions of readers and viewers become magnetized by the hitherto arcane field of plant communication? Since the great recession of 2008, we have witnessed an upsurge in public science writing that has popularized research into forest sentience, forest suffering and the forest as collective intelligence.

This talk roots the current appeal of forest communication in a widespread discontent with neoliberalism’s antipathy to cooperative ways of being. Nixon argues that the science of forest dynamics offers a counter-narrative of flourishing, an allegory for what George Monbiot has called “private sufficiency and public wealth.

Rob Nixon is the Barron Family Professor in Environment and Humanities at Princeton University. His books include, most recently, Slow Violence and the Environmentalism of the Poor. Nixon is currently completing a book entitled Blood at the Root. Environmental Martyrs and the Defense of Life.

Nixon writes frequently for the New York Times. His writing has also appeared in The New Yorker, Atlantic Monthly, The Guardian, The Nation, London Review of Books, The Village Voice, Aeon, Orion, Critical Inquiry and elsewhere.

Environmental justice struggles in the global South are central to Nixon’s work. He is a particularly fascinated by the animating role that artists can play in relation to social movements.