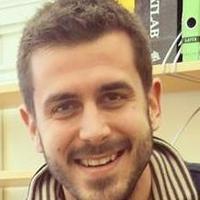 Dimitrios research project is entitled: Real-Time Estimation of Power System Inertia. His current focus is on disturbance-based inertia estimation. His proposed methods include simultaneous estimation of the power change after a disturbance and of the total inertia constant of the power system. Some of methods are based on the frequency and the voltage response of the power system. Another method applies particle swarm optimization to minimize a cost function that is based on the swing equation.

Dimitrios is also involved in Power System Stability and Control course (course code EG2110). His role in the course is course responsible and teaching assistant.

He was born in Lefktra, Greece in 1987. He received his Diploma of Electrical Engineering from National Technical University of Athens in 2013. Dimitrios joined KTH as a Ph.D. student in November, 2014.