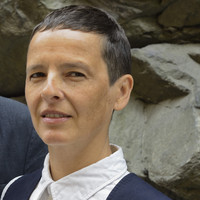 Architect and philosopher, writer and critic, I am Professor of Architecture in Critical Studies and Gender Theory, and Director of Critical Studies in Architecture. My research is located between the disciplines of architecture and philosophy with an emphasis on feminist theories and practices. In 2017 I was the recipient of a Riksbankens Jubileumsfond sabbatical grant, one outcome of which is the book Creative Ecologies: Theorizing the Practice of Architecture (Bloomsbury 2018) https://www.bloomsbury.com/uk/creative-ecologies-9781350036543/. I am an editor on several anthologies including: with Gunnar Sandin and Bettina Schwalm (eds) After Effects: Theories and Methodologies in Architetcural Research (Actar 2018); with Catharina Gabrielsson and Helen Runting (eds) Architecture and Feminisms: Ecologies, Economies, Technologies (Routledge 2017); with Catharina Gabrielsson and Jonathan Metzger (eds) Deleuze and the City (EUP 2016); with Harriet Edquist and Laurene Vaughan (eds) DeSigning Design: Cartographies of Theory and Practice (Rowman and Littlefield 2015); and with Stephen Loo, Deleuze and Architecture (EUP 2013), and the author of How to Make Yourself a Feminist Design Power Tool (AADR 2016), a small book that developed from my pedagogical commitments. Previously, I held a permanent academic position in the School of Architecture and Design, RMIT University, Melbourne (2004-2011), where I was a senior lecturer between 2007-2011, and an Adjunct Professor between 2014-2017. Recent research includes a series of exploratory essays dedicated to feminist critical real-estate theory, many of which have been co-written with my colleague Helen Runting. In general my research places a methodological emphasis on architecture-writing and ficto-critical methodologies. Recent research and teaching blogs that traverse the field between architecture and philosophy can be visited at: