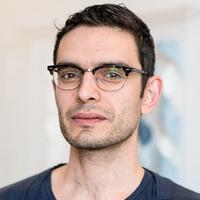 I am Senior Researcher with the Center of Autonomous Systems and the Dept. of  Robotics Perception and Learning (RPL former CVAP) at KTH, Royal Institute of Technology. I am also affiliated as an Assistant Professor with the Division of Systems and Control (SYSCON), Department of Signals and Systems (S2) at Chalmers University of Technology. I am a reviewer in the major scientific journals specialised in robotics and automatic control. I also serve as the treasurer of the IEEE Robotics Chapter in Sweden.