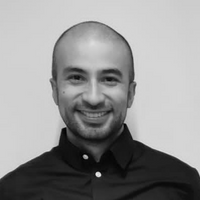 Iván was born in Bogotá, Colombia. He received his bachelor's degree in chemistry at the National University of Colombia (UNAL) and his master's degree in chemical science in 2015 from the same university.  His master dissertation was based on modelling and studying chemical oscillators.  After receiving his master's degree, he spent two years working in Environmental Agencies in Colombia, monitoring air and water quality. In 2017, Iván moved to Ireland to join the Scanlon Electrochemistry Laboratory where he pursued his PhD degree (University of Limerick). His dissertention was  focused on the kinetics of porphyrin self-assembly and the phenomelogical modelling of photo-electron transfer at liquid-liquid interfaces using interfacial porphyrin films.

In 2021, he joined Cuartero's reseach group, ChemSens lab in KTH (Sweden). He's mainly focussed on the impedance characterizaton of all solid contact sensors and the phenomenological modelling of sensors.