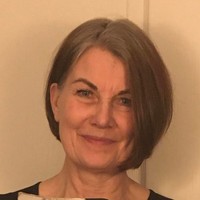 Many municipalities in Sweden today face a major challenge in terms of increased responsibility for housing supply (through a new law with distribution figures) and more likely, more housing seekers will be provided with social security benefits when state-subsidized support ceases. In Helsingborg there is a well-functioning housing social program through several collaborative administrations. The housing allowance for the program is carried out by both the municipal housing company and the private property owners in the municipality, but at present the municipal housing company contributes more than its total market share of housing. Helsingborg wants to develop the program with a more secure forecasting tool for housing needs in the short and long term. A great deal of uncertainty is the number of EBO residents, that is, how many new arrivals resided with relatives and friends. In short, it is about safer forecast tools with the administrations where housing needs arise, close communication about the housing needs between administrations, housing solutions for individuals. A desirable synthesis is an even more attractive city with a diversity of inhabitants.

Urban Development in the municipality of Landskrona. (2013-

The city of Landskrona, situated in the very south of Sweden, were chosen by the government to participate in the program ‘Urban Development’: The program aim is that the included municipalities will take measures to raise the employment rate andthe grades of pupils in elementary school and to decease the rate of people on long-term welfare. Following the work of the newly formed Landskrona Stadsutveckling AB (Urban development in Landskrona AB) we use interviews, interview surveys, participation in meetings and written documentation in describing the strategies, methods, measures and results contributing to turn the pathway of Landskrona from many years of decay towards an attractive urban habitat. Special studies concern lease contracting policies and strategies of private real estate owners.

Study of neighbourhood effects in two Stockholm housing neighbourhoods: Östberga and Dalen which converted from rental housing to cooperative housing. Case study based on the theories of neighbourhood effects and social mix.Special reports on socioeconomic data; price and price development of converted cooperative apartments; muncipal investments; commercial and public service; criminality and collaboration; summary. Data from documents, the web, Mäklarstatistik, single interviews, websurvey and Statistics Sweden. Among results are: Proportion of population with yearly income 240 000 kr and higher per year increased; the Tenant´s Owners Association became a new voice for the neighbourhood. In these two neighbourhoods the municipality, the Police started a collaboration that during this research time frame seem to have had an impact on the inhabitants. The inhabitants in Östberga have now filed the first citizen proposal to the municipality. The inhabitants in Östberga are not silent anymore. In Dalen the inhabitants have filed many citizens proposals under many years. Our conclusions include that a conversion of tenure alone cannot turn around a neighbourhood plagued by social desorganisation and severe criminality. Other actors, outside the neighbourhood are necessary and must take their responsability: the municipality, the Police and organisations. Final Report October 2017. Six reports.

The issue is what to do with the rental stock in the million homes program: demolishing—upgrade? We focus on areas where the rent increasing potential is low, e.g. the least attractive areas in larger cities and in many smaller cities with decreasing population. The concept of ‘mixed renovation’ refers to a strategy where some houses/apartments in an area are renovated to different degrees which makes it possible both to stay in the area without paying much more than before or stay in the area and improve your housing situation thus implying a higher rent. Research questions are: How can a mixed renovation be carried out so that a) the environment is improved as much as possible b) in an economically sustainable way, that is without subsidies and c) in a socially sustainable way, so that no one is forced to move because of unaffordable rent levels.

Social Capital and Conversion of Tenure

Ten buildings and the process of conversion of the ten Tenant’s Owners Associations in five suburbs of Stockholm were studied with the aim to confirm whether social capital is a significant variable for purchase of the building i.e. successful conversion from rental tenure to cooperative. The experimental model with comparing five buildings with no interest of purchase and five with interest for purchase changed substantially by reality and ended up with three buildings still no interest to buy and seven buildings with interest from tenants to buy of which only one building finally was purchased. Still the logit regressions gave some support for the original hypothesis: the social capital variable ‘norms and trust for neighbors’ was higher in this group before the purchase. A special interview study of why the other six buildings/six tenant’s associations did not go through with the purchase revealed several reasons: the condition of the building, financing, economy, language difficulties or difficulties understanding the new cooperative tenure, tenant were not found, low interest in general and the process of conversion is complicated plus the time frame is short, three months or maximum six months. Two written reports and a final seminar, December 2011.

Why do young women out-migrate from Gällivare and what contributions of community planning can make them stay or immigrate?

A study within the framework of cooperation between KTH and LKAB and Kiruna, Gällivare- Malmberget municipalities in the very north of Sweden, concerning the extensive transformation and moving of the whole or parts of societies due to vast extension of the mining areas. Focus here is causes for out-migration from the small town Gällivare and what will attract young well-educated workforce, in special women. Data collection methods were interview survey and focus group interviews. Among the resulting answers are perceived unenterprising and decision agony of the municipality: causing people to doubt that changes will take place at all or take too long time to realize. Lack of housing and defects in quality of existing housing were other important push factors. Pull-factors were: quality of the nature, everything is nearby and life is simple. Conclusions and recommendations were communicated to the municipality in a written report and a concluding seminar in February 2014.