Here is a candidate speech that was presented at the general membership meeting in July 2021. 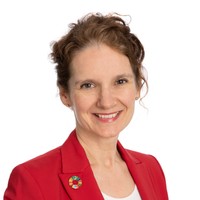