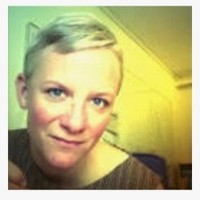 In my PhD project, finansed by Formas and Johan and Jakob Söderbergs stiftelse, I studied valuation of nature in decision-making support, looking at theory and practice around valuation made in monetary terms and on recently developed alternatives to that, so-called deliberative valuation. The former, monetisation of nature, is based in mainstream neoclassical environmental economics, the latter in ecological economics. My aim was - and still is - to contribute to making room for value pluralism and ethical concerns in policy impact assessments.

My thesis "Deliberating value: On the theory and practice of valuation of nature from neoclassical to ecological economics" is based on five research papers that can be said to position themselves on opposite sides in the debate on monetisation of nature. The first two papers apply the value theory and valuation methods from normative neoclassical welfare theory; the other three papers examine, with increasing degrees of criticism, this theory of value and especially its central assumption that value can be derived from people’s choices, or “revealed preferences”.

The conclusion I draw is that monetisation, with its reduction of all sorts of constituents of values into one and the same unit, can make nature’s value less rather than more visible. It conceals rather than reveals value conflicts and the ethical dilemmas that are the very definition of sustainability problems.

I have a masters degree in (neoclassical) economics. Before my PhD here at KTH I worked in a project that examined monetary valuation of climate impacts and use of non-renewable resources. Prior to KTH, I have worked within research and teaching in environmental and ecological economics at the Swedish University of Agricultural Sciences (SLU) in Uppsala and at the Stockholm Resilience Centre, as a public official at the Swedish Chemicals Agency, the Swedish Environmental Protection Agency and for green party Miljöpartiet in the Swedish parliament, as well as worked as a freelance consultant for different organisations for some years.

Challenging the boundaries of environmental economic valuation through deliberation

In case studies in the area named Eight Fjords, a marine landscape surrounding the islands of Orust and Tjörn north of Gothenburg at the Swedish west coast, we explored and compared the results of “conventional” monetary valuation methods (so-called stated preference surveys, SP, where value is elicited by asking people about their individual willingness to pay, WTP, for an environmental improvement) and group-based valuation techniques. The latter, so-called deliberative valuation, allows participants time to reflect, deliberate and express values and priorities together with others and have been suggested to address values of human-nature relations that conventional valuation ignores.

Some of our main research questions were:

To evaluate our results with respect to usability, decision-makers were consulted in deliberative evaluations.

Contrasting value theory and practice of mainstream environmental economics and recent developments in ecological economics, the project touched upon the often-debated issue on how the science of economics can – and cannot – contribute to assessments of use of shared resources where a multitude of values are at stake. 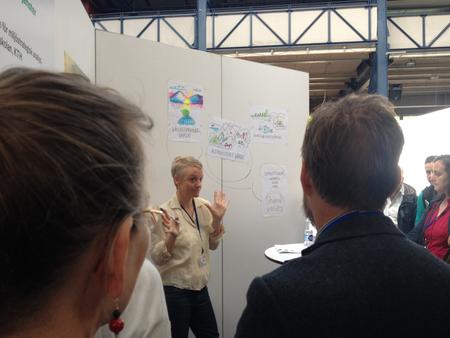 Lina Isacs presents her research plans at the national conference in Gothenburg May 26-27 2015, hosted by the Swedish Agency for Marine and Water Management (HaV).
Photo: Susanne Baden.

Research group of this project

The study is run in collaboration with the project leaders of the Eight fjords area, as well as with  Jasper Kenter at the University of York, UK, and Therese Lindahl at the Beijer Institute of Ecological Economics in Stockholm.