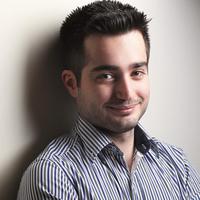 Nima Khalilzad is a postdoc researcher at KTH Royal Institute of Technology since November 2015. He received his B.Sc. in software engineering from Arak University (Iran) in 2009. He obtained his M.Sc. and Ph.D. in computer science and Engineering from Mälardalen University, Sweden in 2011 and 2015 respectively.

Nima has been a visiting researcher at McGill University, Montreal, Canada for five months in 2013 and 2014. He is a member of the ForSyDe group at the School for Information and Communication Technology.