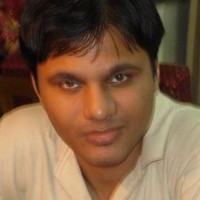 Sambuddha Chakrabarti (Sam) received his Ph.D. and MSE degrees in Electrical Engineering from The University of Texas at Austin, in 2017 and 2010, respectively, under the supervision of Dr. Ross Baldick, and the Bachelor of Technology (B.Tech) degree in Electrical Engineering from National Institute of Technology (NIT), Allahabad, India. He joined the Department of Electric Power and Energy Systems (EPE), School of Electrical Engineering, at KTH Royal Institute of Technology, Stockholm, Sweden, as a Post Doctoral Research Fellow, under the supervision and mentorshp of Dr. Mohammad Reza Hesamzadeh in 2017. His current postdoc work deals with the design of market mechanisms to effectuate optimal investment coordination and information exchange among different generation and transmission system operators, based on a distributed optimization algorithmic framework. Sam's scientific and academic interests are in the fields of Operations Research, Mathematical Optimization, Stochastic Systems, Microeconomics & GameTheory, Mechanism Design, Algorithms, Graph Theory, Network Flows, and applications of all of the above to Electrical Power Systems problems.