There have been a good number of vehicle types with electric drivetrain are now introduced all over the world. Despite of its benefits in reducing the carbon dioxide emissions and fuel consumption, its market take up is very slow, including in Sweden. Focusing on the users’ behaviours side, this project investigate the reasons underlie the users decision making processes in taking up/not taking up the electric vehicle and investigate the potential rebound effects to the adoption of more fuel efficient vehicle. The goals of this project are to provide feedback to the users themselves and also to decision makers and the stakeholders on the immediate impacts of such technology adoption and to provide potential suggestions to the systems and the regulatory framework in providing and delivering the technology to the users in most suitable and acceptable manner.

The effect of policy incentives on electric vehicle adoption

Electric vehicle users and their travel patterns in Greater Stockholm

Changing towards electric vehicle use in Greater Stockholm

When do you charge your electric vehicle? A stated adaptation approach

How would you change your travel patterns if you used an electric vehicle? 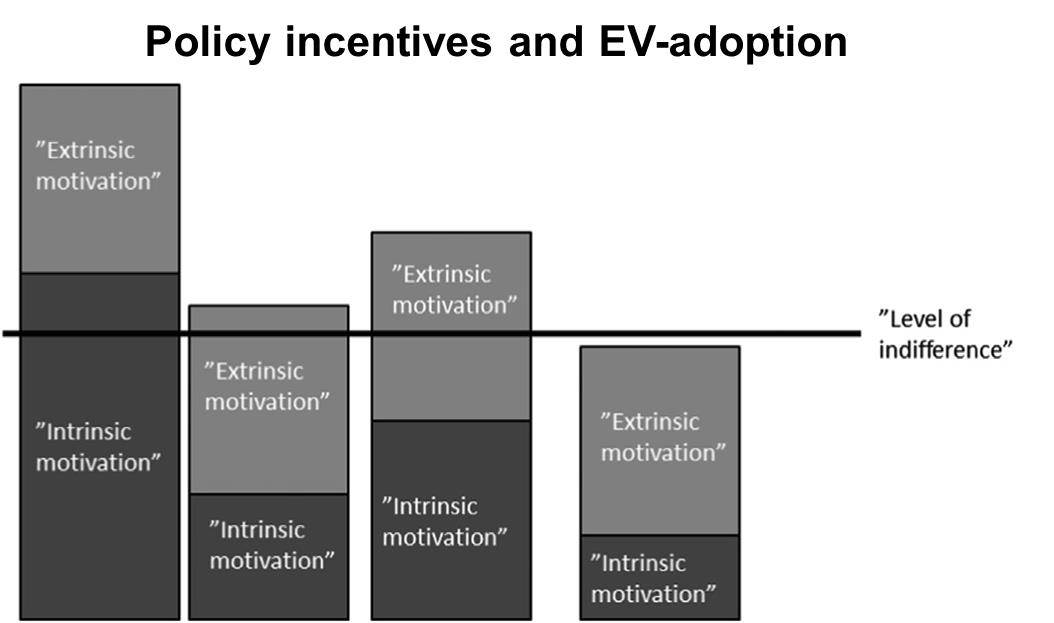 The SARA1 project, run together with the Autopiloten project aims to increase knowledge and understanding about how Automated Vehicles (AV) can contribute to and complement public transport. 2 units of EZ10 were trialled to be operated in a public road segment for 6 months period. Interactions between different group of road users and users' willingness-to-use and -to-pay for the last mile service are the focused on the analysis.

More on the project description can be seen at: https://www.itrl.kth.se/research/ongoingprojects/sara1 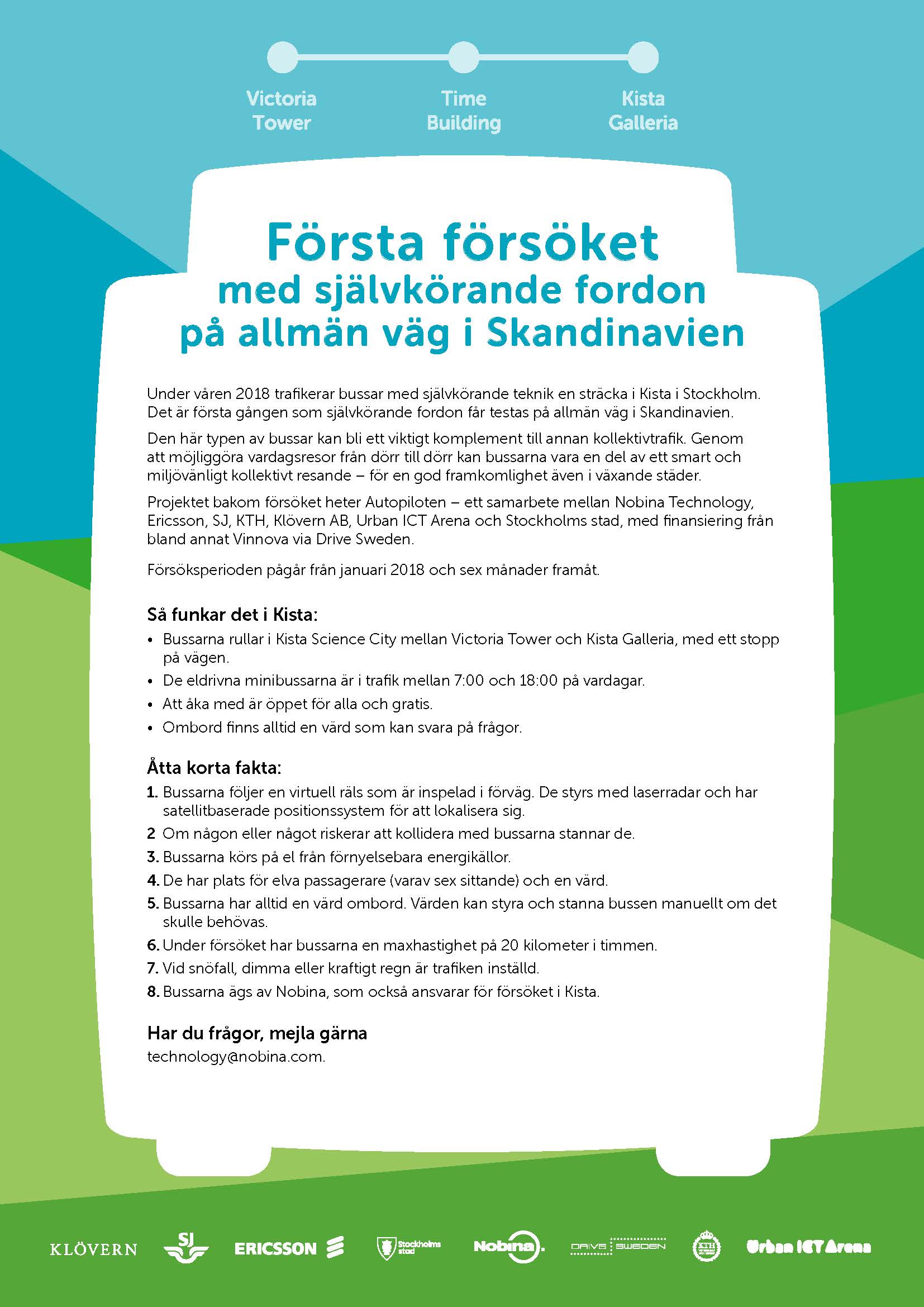 Video from AP archive on the launch of the bus 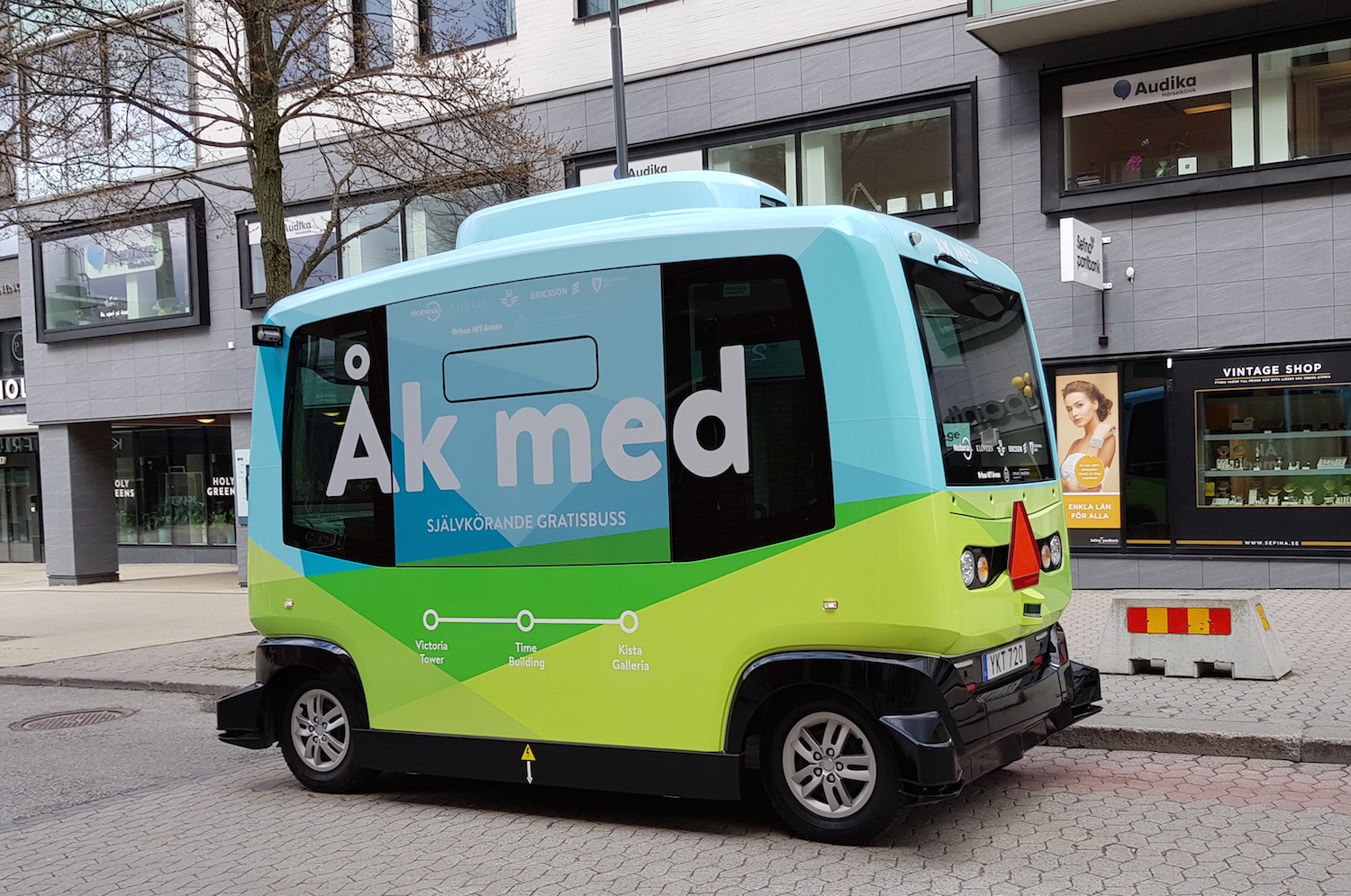 The project report of the autonomous bus deployment in Kista, Stockholm, can be seen at: https://www.itrl.kth.se/news-itrl/new-report-on-sara1-project-about-self-driving-buses-in-kista-1.876241

A 2.5 years project focussing on deploying autonomous bus service as a real feeder service of the existing public transport services at newly developed residential areas at Barkabystaden. The project is led by Nobina AB.

Further information on the project can be found at: https://www.itrl.kth.se/research/ongoingprojects/mmib 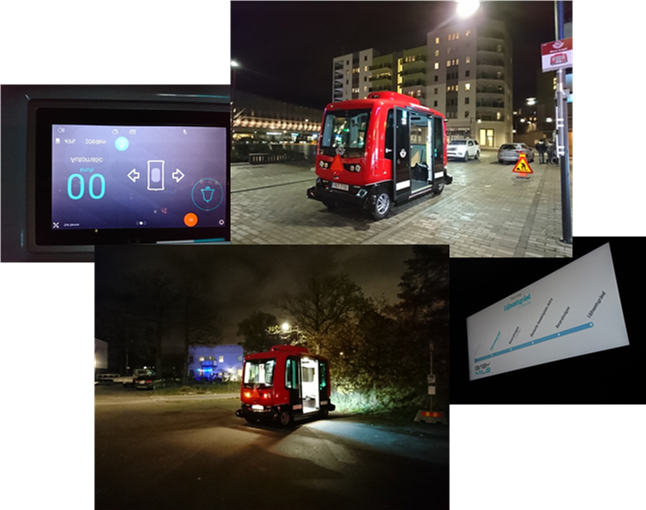 From recent DriveSweden forum on 17 October 2018: 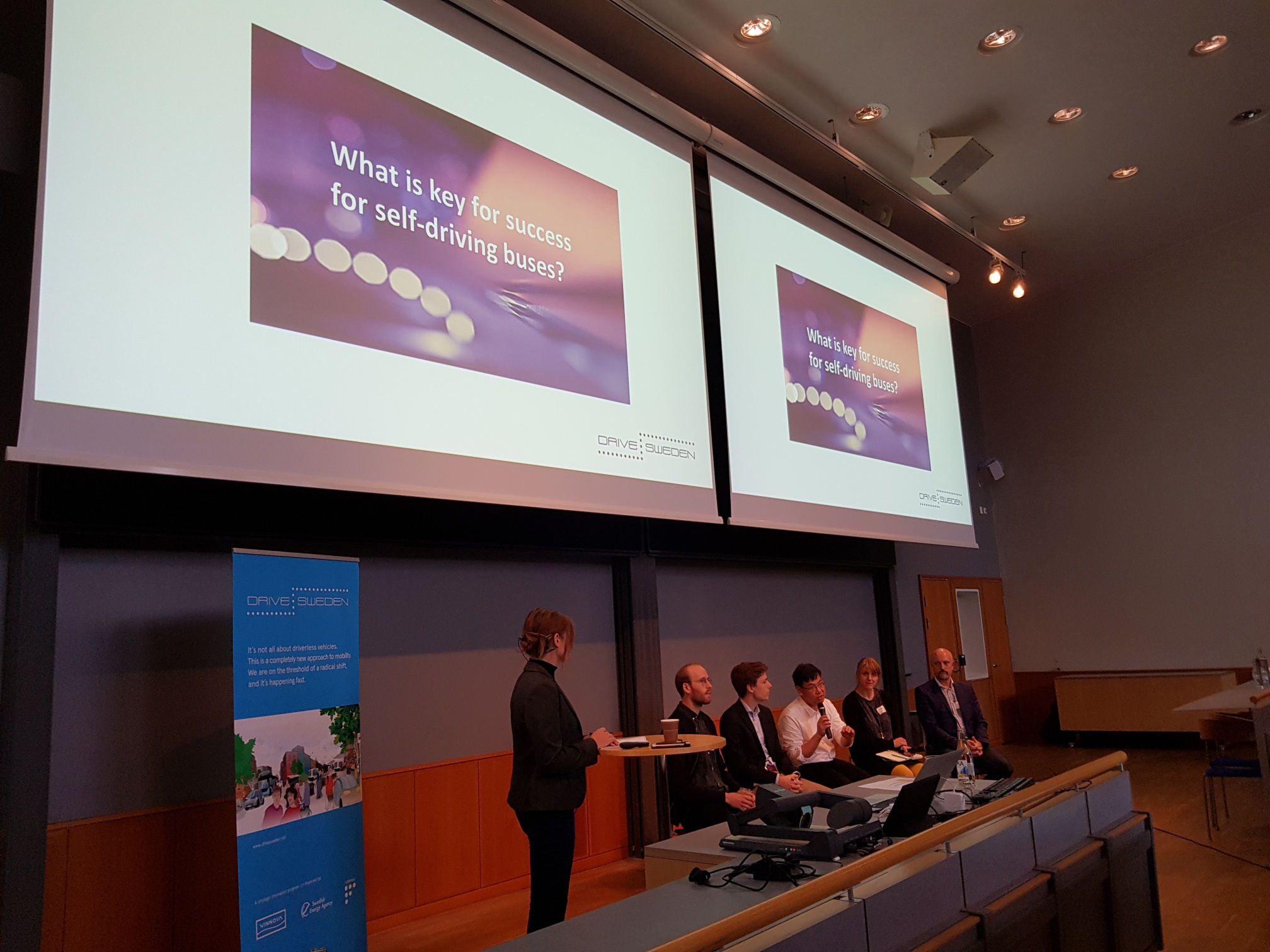 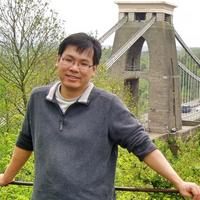