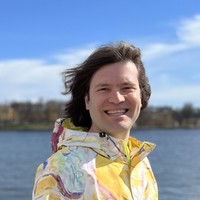 Sahba Zojaji is a Ph.D. fellow of Computer Science at the Department of Computational Science and Technology (CST). He received his M.Sc. in Computer Engineering with a specialism in Artificial Intelligence & Robotics from Iran University of Science & Technology (IUST) in 2011. After his ten-year career as an engineer and researcher in different companies and universities in Iran, Sahba joined the LITIS laboratory in 2016, where he accepted a research engineer position at INSA of Rouen Normandy, France. He focused on Embodied Conversational Agents, story-telling, and Child-agent multi-modal interaction during his over two years of work for LITIS Lab. Eventually, he started his Ph.D. at KTH Royal Institute of Technology on the first of November 2018.

His Ph.D. topic, under the supervision of Professor Christopher Peters, is "Socially compliant behavior modeling for artificial systems and small groups of teachers and learners" which is a part of the ANIMATAS project.

In parallel with his research, he has been a board member and the Event/Business Manager of the Ph.D. Chapter of KTH since December 2021. He is the Ph.D. students representative at the KTH ISP Focus group to improve the Individual Study Plan system for Ph.D. students.  Moreover, he is the Chairperson of the Supervisor of the Year award at KTH.

If you are a master's student interested in doing your thesis in the areas of virtual characters, social robotics, virtual and mixed reality interfaces, motion capture, and psychological studies involving the human perception of animated artificial agents, you can contact me to discuss potential thesis ideas.

Introduction to the Philosophy of Science and Research Methodology (DA2205), assistant | Course web