Research on Applied Physics in Electrotechnology

Welcome to the homepage of our research group! Here you will find a short introduction video to our research as well as general information about our projects. Check for detailed description of the PhD projects within our group in the corresponding hyperlinks below.

Currently, the research performed in our group focuses focuses in two areas.

Applied physics at the interface between power engineering and material science

The fast advance on Material Science in the last decades is opening great opportunities to develop and/or improve Electrical Power System Components (e.g. transformers, insulators, breakers, cables, etc) with optimum performance. Thus, it is today possible to design novel materials with radically improved properties, which could be used to develop power devices with superior characteristics (e.g. smaller, reliable, efficient, environmentally friendly, cheaper). Unfortunately, there is a gap in knowledge in several areas, which hinder the effective design and implementation of new “tailor-made” materials in real products. This research area is intended to study specific physical phenomena at the interface between Material Science and Engineering, whose understanding is critical for further improvements of Electric Power Components by using new materials. The project involves cross-disciplinary collaborations among scientists in material science, chemistry, engineering and physics in both academy and industry.

There are currently three projects related to this area:

Computer simulation is nowadays acknowledged by the industry as a powerful tool to improve the design of any component since it reduces design time and costs (among other benefits). However, proper representation of physical phenomena in real components, including the modelling of the mutual interaction of complex processes, has only been possible until recently thanks to the powerful computing systems available today. Some projects within this area are: 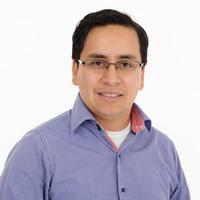