In other words, the flux of living thoughts is the ongoing signifying ecology that is life. 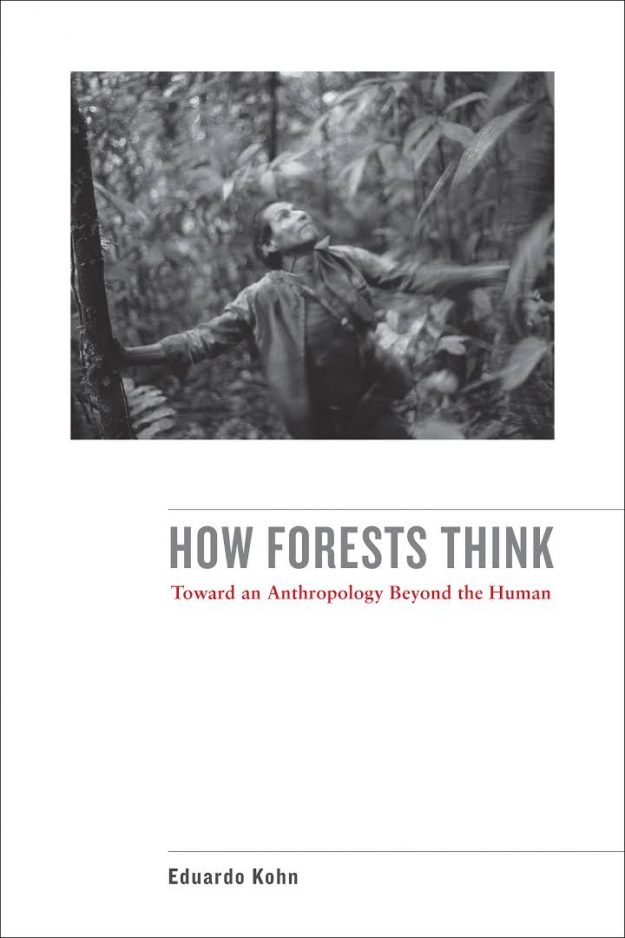 Do dogs dream? What do those dreams tell about us? Why should it matter to us? And who is “us”? Those are but some of the questions that Eduardo Koch learnt to address from the Runa Puma people in Avila, on East Ecuador Amazonia. “How Forests Think” is a book about finding back the common ground; a common ground which is both material and spiritual, human and animal; a common ground that belongs to the ones who are still alive as well as to the ones who are now dead. The book, which is the result of the many years spent by the South American anthropologist together with the Runa people, can be ascribed as an environmental humanities work, though the author does not state it. Nonetheless, in the introduction the author writes that one of his goals is “neither to do away with the human nor to re-inscribe it, but to open it”. What does he mean with opening “the human”? And how does that relate with dogs’ dreams? The point he wants to stress is that both humans and dogs are in a relationship, as all the living beings do. To criticize the Cartesian divide and the human exceptionalism which spurs from it means to change western scholars point of view and to start seeing as a runa puma – a were-jaguar – which is both human and non-human, dead and alive, corporeal and transcorporeal. All Living beings are signs – according to Koch, which gets this from the American philosopher Charles Pierce, the founder of semiotics –, which means that they are all ongoing relational process of signification. From this ontologically egalitarian standpoint, Koch elaborates a phenomenology of life that is built upon the infinite relationships and encounters that unite human with all other living beings. Those are all selves in that they interpret and react to any socio-environmental interaction they participate to and co-produce. The co-production of signifying relations of which Koch talks about can be framed as well as an ecological network that is the result of the bodily and affective trajectories of all the living beings. Those trajectories are in Ingoldian terms the “waypoints” of the semiotic process that is life.

Although the manuscript is the result of a “human and more-than-human ethnography”, and thus easier to approach for anthropologists, the book’s theoretical grounding is heavily informed by Charles Pierce philosophy and semiotic theory. Some readers might find this semiotic structure a bit heavy, especially since it is mostly enunciated in the first chapter. But with some patience the reader will find her reward in the next five chapters.

For Runas, dogs’ dreams can be interpreted and dogs partake the same spirit that inhabits humans. Hence dogs’ dreams matter to Runa Puma and to all humans because, differently from language driven epistemology, those dreams are part of the relational signification process that is life. Life is then the ensemble of all the threads of living beings and their thoughts. In other words, the flux of living thoughts is the ongoing signifying ecology that is life. Very much alike Donna Haraway’s “being together with”, the “ecology of selves” that Koch illustrates offers to environmental humanities scholar an ethnographical account and some theoretical tools to investigate more-than-human ecologies and their disruption, and to walk together in the common living ground of the anthropocene. Quoting the author, “being alive – being in the flow of life – involves aligning ourselves with an ever-increasing array of emerging habits. But being alive is more than being in habit [… and it can also be] a product of disruption and shock”. In relation to the anthropocenic totality which annihilates responsibility and magnify in geological term humanity, the ecology of selves that Koch interpret and give voice to can hence offer a different form of enchantment, which opens to more responsible and partaken ways of inhabiting life.