To Northern Europeans, Antarctica is still a place of wonder and mystery. This might even more so be the case in times of rapid climate change – for a plethora of reasons. 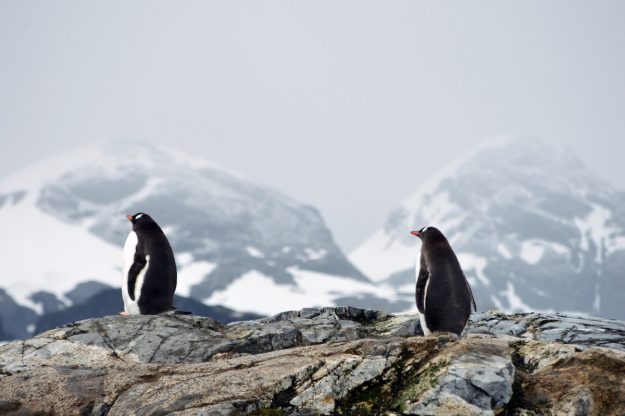 The following story happened at Hope Bay in Antarctica. In January 1902, Otto Nordenskjöld together with his Swedish Antarctic Expedition discovered the bay. Unfortunately, their boat sank due to collisions with floating ice and the expedition was forced to spent quite some time at land. The shipwrecked built a stone hut, which provided them with much-needed shelter against the elements. Ultimately, they were rescued by the Argentinian boat “ARA Uruguay” under the command of Julián Irízar and could return home.

The following text is a translation done by our division’s researcher Kati Lindström from Duse’s Amongst Penguins and Seals (Stockholm, Beijers Bokförlagsaktiebolag, 1905, pp. 178-181). Duse was a member of the stranded expedition. The translated text was originally published on the Melting History blog. This blog is part of the project evolving around CHAQ 2020 (Cultural Heritage Antarctica 2020), “an Argentinean-Swedish expedition to the historical remains of the First Swedish Antarctic Expedition 1901-1903 on the Antarctic Peninsula.” Researchers involved with ties to our division are Dag Avango (now Professor of History at Luleå University of Technology), Lize-Marié Hansen van der Watt and Kati Lindström.

The worst was during the periods of rough weather when we were forced to stay inside the artificial polar darkness of the stone hut, not disturbed by a single ray of light – perhaps only when a heavier storm tore open the ice plaster in the roof. …

We soon learned to predict when the southern storms would hit. Usually, it first started with a quiet snowfall while the barometer sank. When the barometer started to raise again, it was not long before a gust of wind heralded that the dance is starting soon. The newly fallen snow would start to move and it was best to crawl into the stone hut while you could still see something. Here inside you could lay down now and listen to the wild play of the mighty storm. It whispered and roared, it whistled and squeaked, the roof pounded with flying ice bits and small stones. It sounded as if all hell’s demons were trying hard to lay their hands on us here inside.

But the stone hut was sturdy and no storm could pull it down. Despite the brutal cold inside, filthiness and darkness, we snugged into our sleeping bags with a feeling of gratitude and the feeling of triumph was not missing when we saw that wind was powerless against the creation of our hands.

The longer we laid captive there inside, the more desperately we desired to go back again towards the light, towards the blinding sun that gave warmth and life….

And then we finally got out again from the darkness, we felt like the sky shone lighter and bluer than ever before, that the glacier glittered in sunlight in richer colours, and that Mt Flora’s ridged hillsides rose skywards more majestically than ever. We filled our lungs with the clean fresh air and a feeling of freedom brimmed our hearts amidst our captivity.

For pictures of the stone hut remains check out the Melting History blog.