I received an invitation to go to Durham university to speak at a conference and engage with PhD students. I immediately considered it, but I also let my host know that having me over would probably cost more, as taking the train is more costly these days. And I like to take the train. The offer remained and I said yes.

Come spring and planning, I postponed this for too long. Perhaps due to the war, perhaps because of workload. It worked fine in the end, but in hindsight I would most likely have chosen a slightly different route back home.

Stockholm – Durham is rather long. I discarded ferries early on since I now know – through an earlier mistake – know that they are not good from a CO2 perspective. I also decided not to sleep on the train. The reason was mainly Covid and the lack of flexibility if you want to have your own compartment. Thus I was left with travelling during the day and stopping on the way. Since I have family in Lund, that was a natural place for my first night.

That allowed me to make an early start on the travel across Germany for Köln. The trip had four legs: I changed trains in Copenhagen, Fredericia and Hamburg. This went smooth and without incidents. I arrived in Köln and had time for a long walk in the city and then dinner with a friend who also hosted me for the night. Great stop.

Next day I took the high-speed train to Brussels and then the Eurostar to London St Pancras. This gave me ample time in the afternoon and night in London and also the possibility for a long walk the next morning. Lovely as they say.

The train for Durham left from King’s Cross which is next to St Pancras. This train was also without incident and I arrived less than three hours later in a magnificent city. The river Wear makes a loop around a hill on which the old town with its castle and world heritage cathedral is built. It is to a high degree a university town, with most of the campus south of the inner city.

The conference and PhD spring school lasted four days and I left on the fifth. When I got around to make reservations, options were few due to Easter, and I ended up taking the Eurostar to Paris. That was a late train to start with, which also became delayed. Still, I managed to walk around and smell Paris before I went to sleep in a tiny little room on La Fayette. 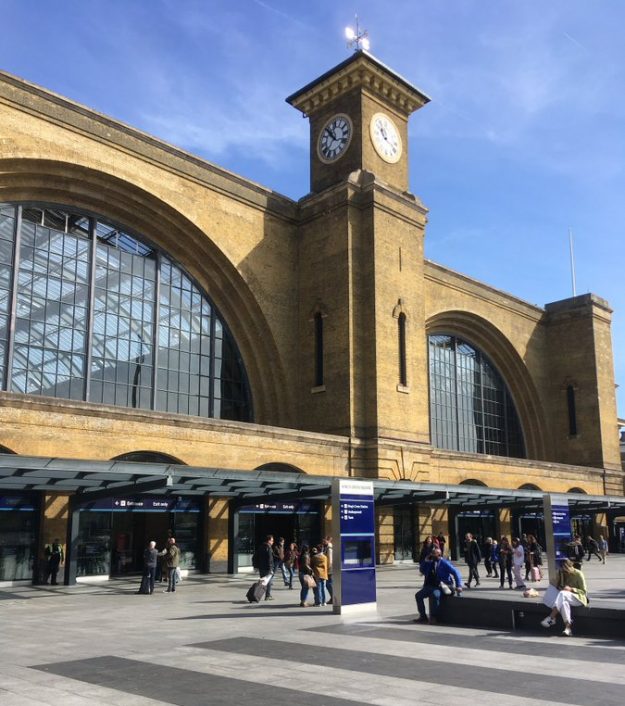 Easter Saturday started with a high-speed train to Köln via Brussels. No worries. In Köln I had time to buy lunch and walk a bit around the cathedral which is just outside of the station. However, the train to Hamburg turned out to be delayed and I could have missed my connection. The train waited, however, which was a relief. Normally the trip between Copenhagen and Lund is effortless, but during Easter construction work was undertaken and I had to take the bus between the airport and Hyllie. In the end it did not take longer actually, but was slightly more inconvenient. I was rather tired when I put my head on the pillow, after that 15 hour journey. I stayed on in Lund and eventually managed the last leg to Stockholm.

With this many trips, an interrail mobile pass is the cheapest option. The app mostly worked well and a mobile pass is really useful as it also has search functions, Q&A, community and is flexible. I made reservations on all trains, also those where I did not need to.

Stockholm – Durham can perhaps be done in two days. But it would be tough and you are vulnerable to delays. I only had two delays and only one was serious. With more travel days the risk diminishes of unexpected major changes to your itinerary. 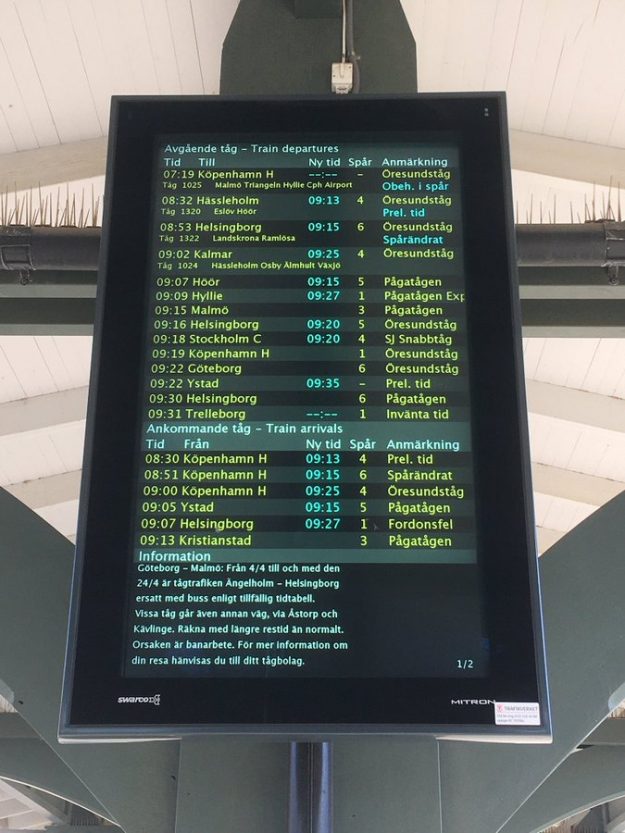