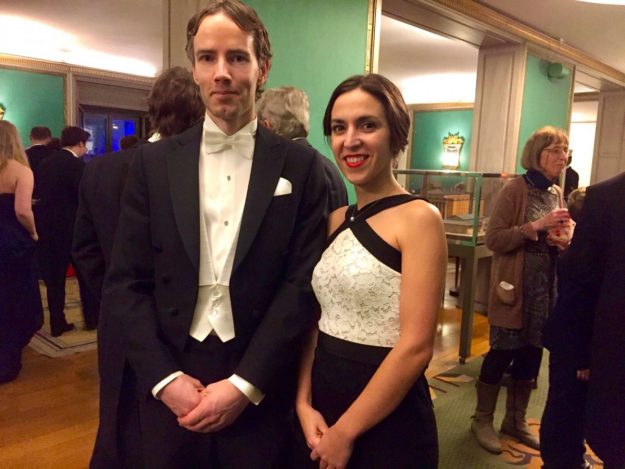 Friday November 17 the annual ceremony for the conferment of doctoral degrees was held in Stockholm City Hall. The Division was proud to have two former doctoral students on stage; Dr Daniel Svensson and Dr Isabel Pérez. A few of us, who couldn’t make it to the City Hall due to not having defended during the past year, cheerfully and proudly followed the streamed ceremony at KTH.se.

Daniel, who can also put the titles poet and pro exerciser next to Doctor, is currently a researcher and lecturer at the Division of Science, Technology and Society at Chalmers in Gothenburg. However he still works with Sverker Sörlin in our project Movement Heritage, funded by Riksantikvarieämbetet. He defended his thesis in December 2016.

Doctor Isabel was the first doctoral student to defend from the EHL. She has now moved back to Spain and is currently looking for open positions. We can certify that her next employer will not only have a competent and diligent co-worker, but also a great colleague and friend who can set color to even the grayest of November days. Isabel defended in June this year.

We wish them both the best of luck and joy!