As more and more of our doctoral students finish, more and more new traditions are created. Some traditions seem made to be broken quite fast, but the tradition of getting together for the spiking of a freshly printed doctoral thesis is one we hope to keep.

Today was the day for Anna Svensson to grab the hammer and, ehrm, hang her thesis A Utopian Quest for Universal Knowledge – Diachronic Histories of Botanical Collections between the sixteenth Century and the Present on the thesis tree in the library. We were a happy bunch of ten who accompanied Anna to the library for this occasion, humming on the Imperial March. 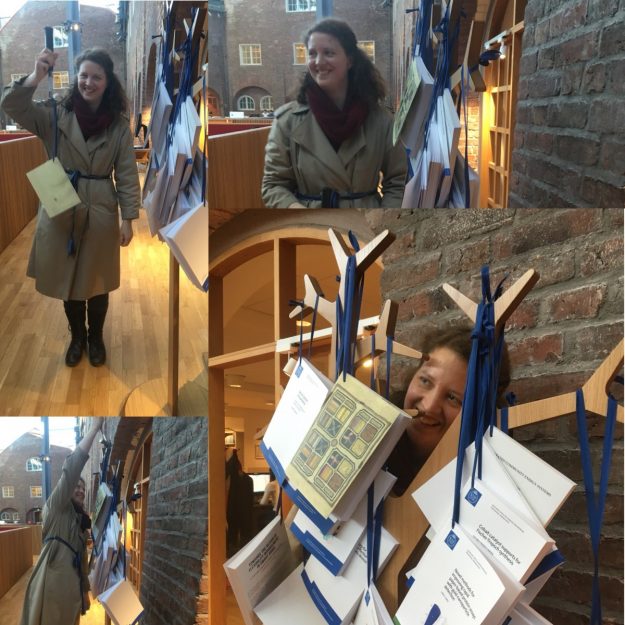 Anna started her doctoral studies at the Division in 2013 as one of the first doctoral students of the Environmental Humanities Laboratory. However, in 2014 she successfully applied for fundings together with supervisor Sabine Höhler, and from 2015 her doctoral studies have been funded by the Swedish Research Council in the project Saving Nature.

Except from thesis writing, Anna has super powers such as sensational kindness, magical flower fingers and crazy craft skills. A proof of the later can be seen on the dust jacket of the thesis, which is a photo of a patchwork that Anna made during the rare breaks she could take while finishing the kappa. 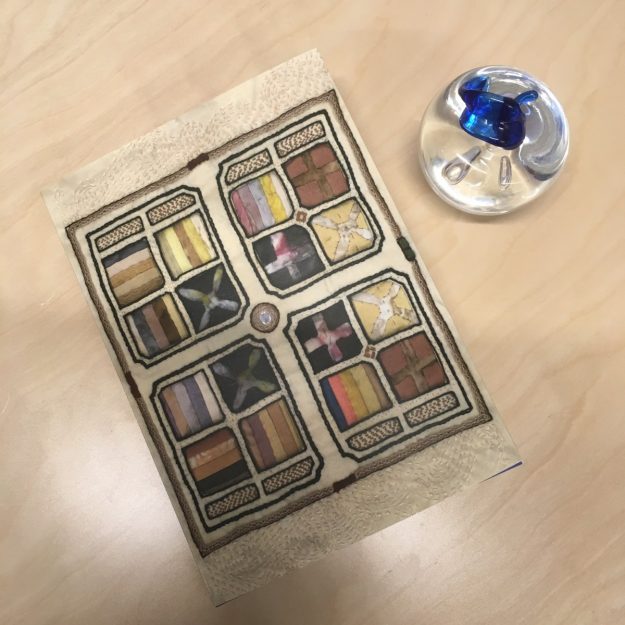 Anna will defend on December 8 2017 at one in room F3 at Lindstedtsvägen 26 here in Stockholm.

One thought on “Spiking day!”