Sofia Jonsson,Posted on 2021-03-22
Categories Categories: The Division, The EHLTags Tags: Blog, doctoral students, infrastructure, life at the Division
Anna Svensson was a doctoral student with the Division and the Environmental Humanities Laboratory, and successfully defended her thesis A Utopian Quest for Universal Knowledge – Diachronic Histories of Botanical Collections between the Sisteenth Century and the Present in 2017, when she left us for new flowers to pick. Anna was our unofficial florist, and could often be seen decorating even the darkest day with brilliant flowers and plants. One of her contributions during her time with us, other than being a wonderful colleague, was the window farm. Today’s blogpost is a text about the story of the Window Farm, written by Anna for the Stories of the Anthropocene Festival (26–29 October 2016).

This is the story of a window farm – the beginning, the end, and the afterlife.

This story begins with the Division of History of Science, Technology and Environment (home of the Environmental Humanities Laboratory) moving to a newly built, climate controlled premises. It had a spacious kitchen and big windows. As these windows could not be opened, however, the air felt stale and dry. Building a windowfarm was a practical measure to improve our common working environment, improving the air quality and making ourselves feel more at home. 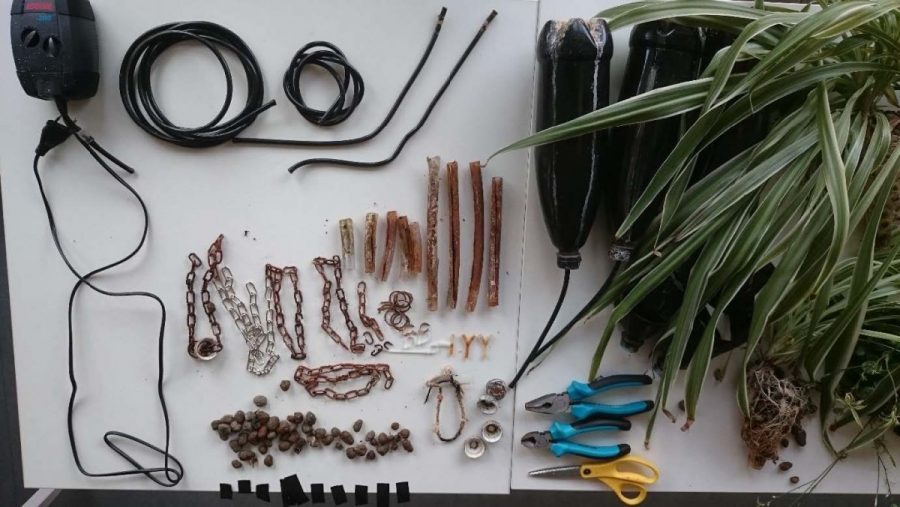 Over the past two years, these plants have breathed with us, and the humming of the pump and the dripping along the chains have filled the pauses in our conversations over lunch. The first attempt was a mediocre success: a few plants (basil and lemon balm) died almost immediately; the ivy and coffee plants fared much better, but eventually succumbed to systemic problems. The nutrient solution evaporated too quickly – we added plastic pipes along the chains to minimise splashing, but this did not fix the problem – eventually causing the system to clog up completely.

Learning from past mistakes, the next reincarnation of the windowfarm in the fall 2015 only contained plants that have robust root systems and survive for a long time in water without the addition of nutrient solution. The result was astonishing. The spider plants grew explosively, sending out shoot after shoot like a verdant fire-work show. (The pump died and was replaced.) Gradually, however, this enthusiastic growth became a cause for concern. The many shoots were thirsty, and eager roots began to seek their way through the water holes at the bottom of the bottles and creep along the chain. Several Monday mornings I was greeted by the silence of a system run dry. The roots and chains were so interlaced that replanting was not an option. We could either dismantle it or watch it wither. 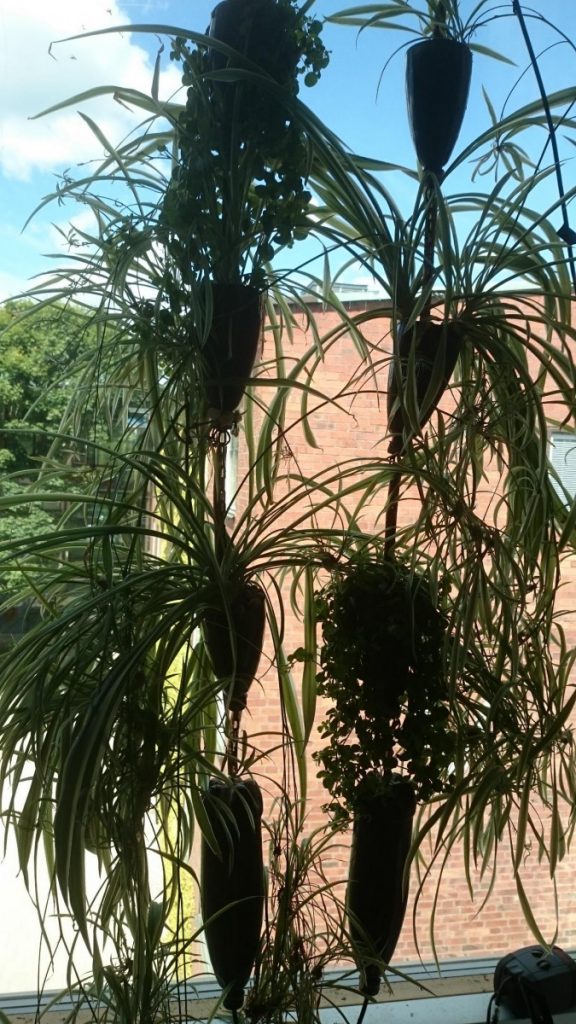 Since taking it down, it has left an emptiness in the kitchen. I still register the silence that meant the tanks were empty or the system had clogged. In a concrete way, the windowfarm has played out like a pageant of the technofix, a microcosmic drama between the biosphere and technosphere that hovers between comedy and tragedy. Is this a story of survival? The windowfarm is itself a DIY innovation (and later corporate venture) encouraging a growing global community of windowfarmers to green the city beginning with each individual home, a promise towards self-sufficiency. What initially seemed so straightforward gave way to complication after complication, in which the very successful growth of the second planting required its destruction: there are limits to growth in the technosphere.

What, then, is the afterlife of the windowfarm? The shoots have been rooting in glass jars along the kitchen windowsill, with the main plants in pots of water. The torn bottles and rusty chains cannot be used again. While the windowfarm made the office kitchen more home-like for me, the university is not my home and with the migratory life of an academic I could not ensure its survival through the empty summer months. It became a burden. 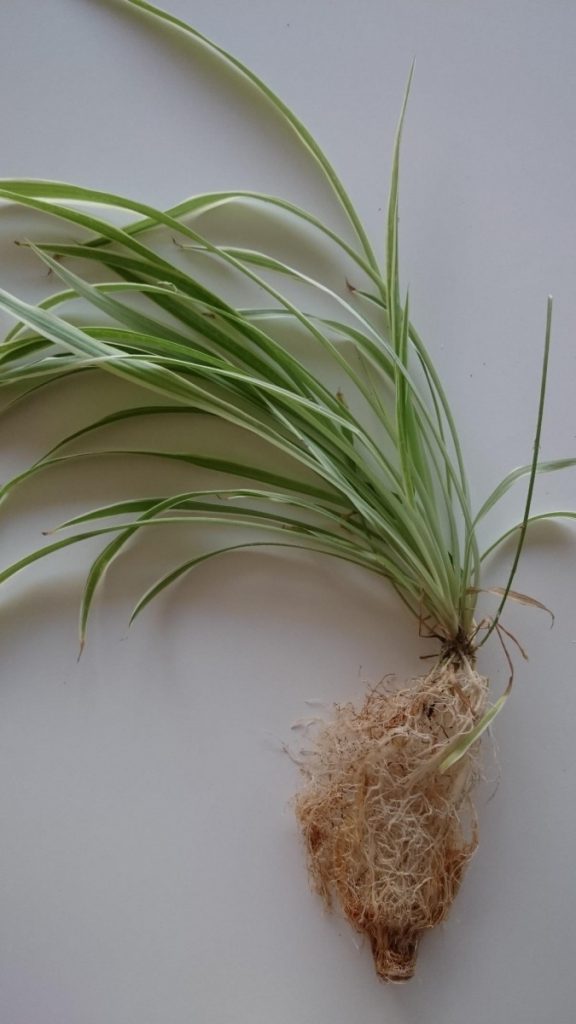