Report on PhD mid-Seminar on Algae Blooms and the Baltic Sea.

Based on my current research on algae blooms, the Water Centre has kindly invited me to post a blog on my mid-seminar which took place on April 16th at the Division of History of Science, Technology, and Environment. 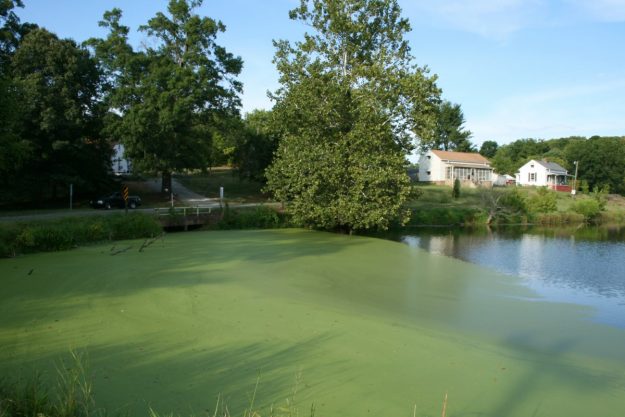 Algae blooms have been present in the Baltic Sea for a long time, but they have not always been a regular feature in the broader cultural and social imaginations that exist in and around the Baltic Sea Catchment Basin. That people in Sweden know and care about algae blooms today partially stems from the foundation of HELCOM (an intergovernmental organization tasked with protecting the Baltic Sea) in 1974 and the large algae blooms of 1988. Of course, earlier algae blooms have also been important, including blooms from around the 1920s or 30s that caused an illness reportedly known as Haff-sjukan.

To a certain extent, therefore, my research attempts to contextualize or historicize this interest in algae blooms, but it also seeks to understand how people experience, relate to, communicate about, and value algae blooms and their causes and effects. Some research I’ve done up to this point explores how monitoring algae blooms came into being, how monitoring takes place, and in what ways monitoring efforts communicate contamination and disgust. Also, an article that I’ve recently published, “Are Dead Zones Dead?: Environmental Collapse in Popular Media about Eutrophication in Sea-based Systems,” tells a story about how different understandings of algae blooms in the Baltic Sea contribute to alternate ways of conceptualizing the health of the Baltic Sea, in this case, whether as collapsing or collapsed.

It was a pleasure to share some of this work I’ve been doing with colleagues and other scholars for my mid-seminar. Invited discussant, Heather Anne Swanson from Aarhus University detailed her thoughts on my work with algae blooms and my ongoing efforts. She gave me some really good advice along with others in attendance. I learned a lot from everyone who was involved and would be happy if any readers of this blog would like to contribute or share their experiences related to algae blooms with me as well. For example, I’ve had a difficult time finding out detailed information on Haff-sjukan. But, of course, I’d be just as interested in your latest sailing adventure or your own research that relates to eutrophication, algae, or de-oxygenated marine environments (sometimes known as bottendöd or “dead zone”). Please email me if you’d like: jessep@kth.se.

Besides addressing the questions and comments given to me at the seminar, I hope to research differences in the cultural values given to algae and algae blooms and how nutrients become pollution among other issues.

Scholars at KTH research waters and what happens in them in all sorts of ways. I am happy to be part of this diverse group and hope that my research will shed further light on the social and cultural relationships that people develop with algae blooms in the Baltic Sea.