Nina Wormbs, Professor of History of Technology at the division, has published an article relevant in the context of the recent COP26 climate summit in Glasgow in the daily newspaper Dagens Nyheter on 17 November 2021. In the following we will present a short summary of its main points in English, while you can read the original in full length and in Swedish here. 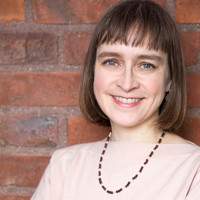 When climate issues are discussed in Sweden, China is often taken as a comparison. In fact, people use China as an argument to not act in regard to climate change.

During the recent COP26 summit in Glasgow, the focus was also on China, since the country is highly invested in coal both at home and abroad. It is obvious that we need to work with China together, since its emissions are enormous. Despite this, China has recently undertaken steps towards a sustainable society.

In particular, it has become normal to point to China in a debate, if one does not want to engage with those questions the current climate crisis is bringing up. This can include coal power plants but also a justification for flying to Mallorca or Thailand for fun, because Chinese tourists could be seen in Gamla Stan. In order for this practice not to spread further, we have to understand why those arguments are not valid and what they result in.

First, it makes no sense to motivate one’s own harm-doing by arguing that someone else would produce even more harm.

Secondly, the comparison with China’s emissions are an eternal but nevertheless problematic way of relativising one’s own influence. Because you are always able to find someone who produces more emissions than yourself. More than Sweden. More than Europe. Of course it is important how much we emit as humanity, but the China-argument suggests that there would be some form of give- and take, like as if life would be a zero-sum-game. Instead, it is the opposite: every ton of CO2 counts.

Additionally, the China-argument points to an understanding, in which one does not have to do a tiny bit of right, while someone else does so much wrong. Maybe this argument is spreading, because more and more people repeat it. People in Sweden have limited knowledge of China. China is bigger, has more people, and all of them are striving towards a better life. That’s why it might be easy to point to China, in order to relativise one’s own responsibility.

Thirdly, China is often portrayed as an enemy in Swedish media. It can therefore be seen as a nation different from Sweden, being imagined like the negative “other”.

Why are the USA never mentioned in this context, despite their higher historical and per-capita-emissions (IPCC and carbonbrief.org)? Qatar, Kuwait and the United Arab Emirates are also hardly ever named, even though they are leading the per-capita-emissions statistics.

If one looks into the emissions of production chains of consumer goods, of which a lot are produced in China but used somewhere else like in Sweden, the territorial basis for emission-calculations seems off.

Furthermore, within most individual nations the gap between rich and poor gets bigger, which means that the individual emissions are not what the average suggests, but rather high if you are rich, or low if you are poor. Therefore, it would be a great idea to change the focus from nations to individuals, like Chancel and Piketty suggested in 2015.  This makes even more sense, since the richest 10% of the world’s population accounted for 50% of emissions since 1990. Those 10% can be found in every country, but they are not evenly distributed. More so, since 40% of those live in the USA, while only 10% live in China. It might be a cold shower for a Swedish discussant that every Swede with a monthly income of over 27,500 SEK belongs to this group.

This is not being written to support China’s climate policies. Instead, it is to show that China is not relevant if one wants to discuss a domestic climate action plan, as the relationship between being rich and producing lots of emissions is evident – and Sweden is one of the richest countries on earth.