David Nilsson from KTH takes the train from Stockholm to London for a three day work session. Is he nuts? Read his blogpost and check out for yourself! 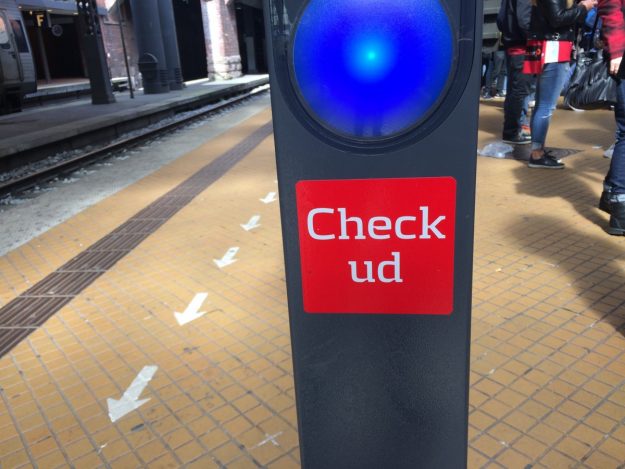 On Wednesday 31st, leading climate scientist Kevin Anderson was welcomed as the incoming Zennström Visiting Professor at Uppsala University. A packed auditorium listened to his lecture on “A Parisian tale of Triumph and Tragedy” (video footage here) and there’s no doubt his one-year tenure as Visiting Professor in Climate Change Leadership will leave a mark. Why? He is a living proof that the dogma of “Fly or Die” among academics is a myth, or at least, is a negotiable fact of academic life. For the past 12 years he has not set his foot in an airplane. That’s leadership!

All of us might not have the stamina and the zeal to travel from UK to Sweden by train, let alone Shanghai. But he shows us that a de-coupling of CO2 and international academic collaboration is not impossible at all. Perhaps we can already now envisage new ways and cultures of interaction across space. These ways are different, yes, but not necessarily inferior.
We move because we think it is necessary for being a successful researcher, or at least, so it appears to us. However. A team of Norwegian researchers have found that the correlation between mobility and research quality (measured in terms of quantity and quality of publications) is in fact quite weak! (Aksnes et al 2013). Staying at home might not be an option, but the “need” for frequent and distant travel to be a good researcher seems to be overstated. As Kevin Anderson said, there are plenty of “international” conferences in our own or neighbouring countries, easily accessible by train. It’s just that we don’t think of them as such.
Maybe there are more blind spots, tacit assumptions and habits that we need to challenge on our way to decarbonised research. Anyway. Welcome to Sweden Kevin! There’s work to be done here too.

What is the future of academia within a sustainable development framework? What does the COP21 and “stay below 2 degrees” really mean for us in the arena of global knowledge production?

Don’t miss this extremely interesting seminar on the 26th of April, at the Dome of Visions in Stockholm, organised by KTH Environmental Humanities Laboratory.

Seminar at the Dome of Visions – Fly or Die?

For almost a year, we entertained a conversation among scholars about the doubts and dilemmas, the thrills and the thrust of carbon-dependent international collaboration i academia. A big THANK YOU! to all who participated.

The outcomes and experiences of this process  are shortly to be published in an article co-authored by Johan Gärdebo, David Nilsson and Kristoffer Soldal in a Special Issue “Social Media in the Anthropocene” in Resilience: A Journal of the Environmental Humanities.

Please stay tuned! As a teaser, here’s the abstract…

Who can and should travel? When has travel gone wrong? What makes travelling right? What are your doubts and dilemmas about travelling? We asked these and similar questions as humanist researchers on the Anthropocene to scientists through our blog The Travelling Scientist, November 2014 until June 2015. Underpinning this discussion is firstly the increased emphasis on environmental concerns, secondly that researchers have incentives to contribute to climate change through increased flying. From the researchers’ entries, sharing and critique by commentators, we have in this paper delineated recurring themes in how researchers reflect about travelling. The ‘travellers’, as we call our bloggers or blog contributors, wrote about the practice of travelling, the rationales for doing so both as individuals and as members of an academic community, as well as the morality and emotional means of coping with this complicity in the making of the Anthropocene. We relate these themes to the history of travelling researchers where we suggest that the researcher has always been a traveller. What is important in the development of travelling are the routes and habits of travelling that have co-evolved over time with an airborne lifestyle complete with conference venues as tourist attractions. We conclude that all academics must start talking about their unsustainable travelling practice in the light of our carbon dioxide emissions in the Anthropocene. Academia needs to seriously start examining and reshaping the conditions for research for an effective decoupling of fossil input from research output. We believe that social media can be an important space for a conversation around knowledge production in the Anthropocene because of its ability to provide a reflexive approach that transcends the research community into the personal.

Svenska Dagbladet (one of the larger Swedish dailies) is running a debate piece today on the unsustainable travel habits of researcher, written by Johan Gärdebo, Kristoffer Soldal, Mattias Höjer and David Nilsson – as part of the KTH/EHL initiative Travelling Without Borders.

It is in Swedish. In short we are arguing that researchers who want to contribute to a more sustainable world are on average emitting 2 tonnes of CO2-equivalents per year only through their work-related flying, which is the upper limit for total per capita emissions to stay below 2 degrees warming. We encourage the research community to face up to this fact, to lead the way towards a more sustainable practice and a new logic of knowledge production that is not dependent on the jet engine.

Feel free to engage in debate on this topic here on this site!