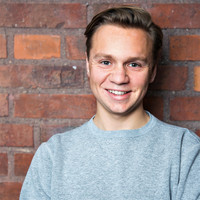 Climate scientist Johan Rockström and sustainability analytic Owen Gaffney have presented in their new book not only their take on the planet’s geological and biological history, but also on human development and future solutions for the climate crisis. It is a mixture of popular science, civilisation history, and climate journalism, while at the same time presenting like an eco-political manifest. The book came out last year in English in combination with a Netflix-documentary. David Attenborough contributed to the film as speaker. Greta Thunberg wrote the foreword to the successful book.

As such it is a typical example of its time, as it combines the relationship between climate science, history and politics. Dipesh Chakrabarty said that scientists of earth systems, like Johan Rockström, would be the historians of our time, who write within a new narrative, combining the planet, life, and human history in one story. This would be an adequate description of the book at hand. It is divided into three parts: first it focuses on planetary and human history, second it elaborates on climate science and the situation of science today, and third it offers solutions to deflect the climate catastrophe.

Its main argument is that humanity would have developed in different distinct episodes, just like earth. Suddenly, the growth of unicellular organisms and today’s digitisation process look alike: both have swept over the world, without anything someone could have done about it. This would be a reductionist and well-known narrative. Yuval Noah Hararis “Sapiens” and David Christians “Berättelsen im allt” also use it. Humanity becomes a passenger in a journey, which  someone else has determined.  Industrialisation, colonialism and capitalism were processes working out of themselves, while humanity would watch from the stands and wonders. For example, the steam machine would have involuntarily started the industrialisation, as ostensibly all other options would have disappeared as James Watt started his machine for the first time.

A similar worldview can be seen in the second part of the book, which presents a possible option to avert an climate catastrophe. Although many of the proposed measures, such as higher capital tax, state investments in green technology, and closing the gap between rich and poor, were not presented as a part of a political discussion apart from the goal of society’s change towards a green future, these proposals can nevertheless be called leftwing.

The hope is portrayed that everyone, from Jeff Bezos till Extinction Rebellion could unite for the common goal of what Rockström and Gaffney call “Jordresan” (Earth’s Journey) towards sustainable “Jorden 5.0” (Earth 5.0.).

The will to see future climate policy already as a step in earth’s development, rather than a part of an ideological conflict, leads to oblivion towards power relations and material interests within the corresponding political discussion. Maybe in reality, planetary and social change work according to another set of rules, rather than in the simplistic way the two authors present it. Rockström and Gaffney provide an acute reminder of the crisis we are in, but are probably wrong within their deterministic argumentation.

You can read the original in Swedish here.