Decision to discontinue this course: 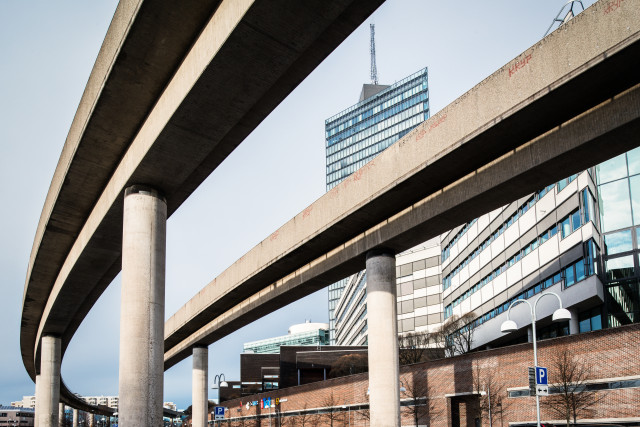 The course gives the basics of mechanics, for later use in courses in structural- and fluid mechanics. It focuses on statics and the dynamics of particles, as well as basic principles.

Force and moment of force.

Kinematics of particles, components of force and acceleration.

The students should be able to, starting with a concrete mechanical problem, make idealizations, motivate and create a mathematical model, solve it using mathematical or numerical methods and finally critically scrutinize the result. Further the students should be able to differentiate between reality and theoretical model and understand the interaction between basic observations, model building, and axioms, postulates, laws and their consequences.

Measurable aims: After passing the course the students should be able to: Define the basic  concepts and quantities in mechanics and explain how they are related, e.g. velocity, acceleration, mass, time, force, and moment of force. Formulate the laws of motion and derive the connections between them, e.g. Newton’s laws for particles, inertial systems, laws about equilibrium of rigid bodies. Identify and define typical systems of forces and a manifold of more abstract mechanical quantities (center of mass, momentum, angular momentum, resultant force, impulse, angular impulse, work, kinetic and potential energy, conservative and non-conservative forces). Discuss central mechanical phenomena (such as free fall, free damped and undamped harmonic oscillation, forced oscillation, resonance, uniform circular motion, elastic and completely inelastic impact, etc).  Analyze given systems of forces, and simplify them as far as possible. Analyze given motions with suitable choice of coordinate systems (inertial systems).  Calculate forces and positions of equilibrium. Starting from Newton’s laws and kinematic and geometric relationships put down mathematical models for different types of particle motions and make calculations of this motion.

Physics and mathematics according to the curriculum of the programme S