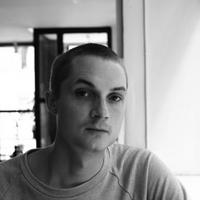 Björn Ehrlemark is an architect and editor. Between 2013 and 2016 he directed the public programme at the KTH School of Architecture, running the school's Thursday night events, exhibitions and publications.

He is co-founder of the curatorial initiative Arkitekturens Grannar / Neighbours of Architecture, co-directed with Carin Kallenberg, and has previously worked for C-LAB (the Columbia Laboratory for Architectural Broadcasting at GSAPP, New York), Mistra Urban Futures (Chalmers, Gothenburg) and the magazine Arkitekten. Between 2015 and 2018 he worked for Jonas Dahlberg Studio, engaging in projects ranging between art in public space, architecture, exhibition production, and publishing.

As one of the founding editors of the student-run magazine 4 ARK, he received the Swedish Association of Architects' Award for Architectural Criticism in 2009 and the following year, he and the other members of the editorial board of Conditions Magazine was invited to the 'At Work With' residency programme in the Nordic Pavilion at the Venice Architecture Biennale. In the summer of 2018 he was selected for the workshop residency 'How to: Not Make Another Architecture Magazine' at the Canadian Centre for Architecture in Montréal.

Björn Ehrlemark regularly writes for architecture and design publications such as A10, Abitare, Arkitekten, Architect's Newspaper, Creative Review and Uncube, as well as producing independent editorial and curatorial projects.