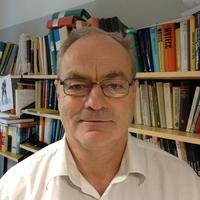 I   graduated 1979 as PhD in experimental atomic and molecular physics  at  Uppsala University, Sweden,  under the supervision of Nobel laureate Kai Siegbahn. After a couple of PostDoc years in USA I became in 1981 assistant professor in Quantum Chemistry at  Lund University, in 1983 associate professor at  Uppsala University, and in 1989 research professor appointed by the Swedish Natural Science Research Council. I became the first holder of the chairs in Computational Physics at Linköping University in 1990 and in Theoretical Chemistry at the Royal Institute of Technology (KTH), Stockholm in 1998, where I head (to 2017) the Department of Theoretical Chemistry and Biology, housing ca 20 scientists and 40 PhD students. My research activities concern primarily the areas of molecular/nano/bio photonics and electronics, computational nano- and bio-technology, being a mix of method development and problem oriented  applications in collaboration with experimentalists. I participate in  a number of national and international networks in my research areas and hold several guest professorships abroad.  Among awarded prices, I can mention the  Swedish Bjurzon award, the Björn Roos award and the Changjiang Distinguished Professorship awarded by the  Ministry of Education of China.