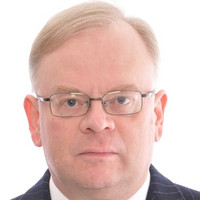 Johan Schubert (Ph.D., 1994) is Research Director (Forskningschef) of Artificial Intelligence with the Division of Defence & Security, Systems and Technology at the Swedish Defence Research Agency (FOI) and Associate Professor (Docent) of Information and Communication Technology with the School of Electrical Engineering and Computer Science at the Royal Institute of Technology (KTH). He received his master’s degree in engineering physics in 1986 and a doctorate degree in computer science in 1994, both from the Royal Institute of Technology, Stockholm. He has conducted research in Artificial Intelligence, Decision Support, and Information Fusion for 32 years and published 18 journal articles, 5 book chapters, 55 conference papers, 43 technical reports, and 13 popular science articles. He was chairman of the program committee of the 7th international conference on information fusion (FUSION 2004) and guest editor for a double special issue of the journal Information Fusion on FUSION 2004. He is a board member of the Belief Functions and Applications Society and member of the editorial board of the information fusion journal. He received the IJAR Best Paper Award at the 4th International Conference on Belief Functions in 2016. He was the Swedish representative of NATO's S&T modelling and simulation groups "Data Farming in Support of NATO" (MSG-088) 2010-2013 and "Developing Actionable Data Farming Decision Support for NATO" (MSG-124) 2013-2017. He received the NATO Scientific Achievement Award in 2014. His research interests include theoretical and applied aspects of artificial intelligence, neural networks, machine learning, evolutionary algorithms, big data analytics, soft computing, management of uncertainty, belief functions, data farming, and military applications of artificial intelligence, decision support and high-level information fusion for situation and threat assessment and its use in decision support systems.