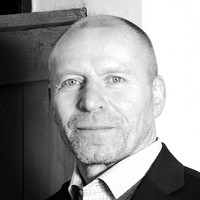 Kenneth Möllersten has been working over 25 years in the interface between GHG mitigation technology and climate policy. His current research is focused on the three areas carbon dioxide removal (CDR), Article 6 of the Paris Agreement, and voluntary carbon markets. Kenneth has authored over 20 peer-reviewed papers in the areas of GHG mitigation & accounting and carbon pricing. He has received international recognition for his contributions as one of the first proponents of BECCS (2001) and biochar as a CDR method (2004) as well as some of the first model-based global scenarios featuring BECCS and globally net-negative CO2 emissions published (2001-2010). He has extensive experience of practical work related to the project-based flexible mechanisms under the Kyoto Protocol. During 2003-2018 Kenneth managed bilateral carbon market transactions for the Swedish government and represented Sweden in multilateral carbon funds developing piloting concepts for Art. 6 activities, taking active part in the methodological development of the flexible mechanisms under the Kyoto Protocol and the market-based collaborative instruments under the Paris Agreement. He amongst others had an active role in the development of new CDM methodologies (water purification and Carbon Capture and Storage).  Kenneth served on the advisory board of London-based firm Carbon Capital Markets, represented Sweden as an expert in IPCC and UNFCCC negotiations, the Clean Technology Fund, the IEA GHG R&D Programme and IEA Annex GHG Balances of Bioenergy Systems. He is member of the Environmental integrity committee of the Inclusive Carbon Standard.  As a public servant and consultant, he has been leading several complex assignments related to carbon markets including for the Swedish Energy Agency, the Swedish Ministry of Environment, the Nordic Council of Ministers, the Swedish Environmental Protection Agency, Sida, and several private corporations. Kenneth is currently part of teams providing technical and policy advice to the Swedish Energy Agency’s programme for Article 6 investments and National Centre of Competence for CCS, respectively.