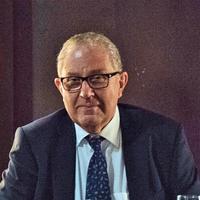 I am professor emeritus at the Physics Department, KTH. I have been working in several fields, e.g. nuclear spectroscopy, detector systems, medical systems, space craft instrumentations, etc. I have been using various detector systems (initially Ge detectors fro gamma-ray spectroscopy), including liquid xenon, and tools like neural networks and data mining implemented in hardware. Examples of neural network devices in hardware are star trackers, power monitoring of the space shuttle, etc. When it comes to teaching I have been responsible for Environmental Physics, Space Craft Dynamics, as well as many Ph.D. courses. Recently I have started a project to study the use of RBF neural networks (further development of the IBM ZISC036 chip) to be used with the electronic nose. But it will also be used in systems designed to prevent intrusion in data systems.

I have also supervised many diploma studens (e.g. Virgin Galactic, RTG, etc). Have a look at my old home page..

I have written several books, or chapters in books. JavaTech is published by Cambridge University Press and was written together with Clark S. Lindsey and Johnny Trolliver. The book I wrote about neural networks (PCNN) with Jason Kinser of GMU has now been rewritten and the third edition is just published (see below). It has also been translated to Chinese.

Check-out the book below. It may be old but in 1999 we called AI Virtual Intelligence or VI.

My old home page has more information and links to publications in pdf, etc. It can be found at: gluon.particle.kth.se/~lindblad

.The third edition of Jason's and my book on PCNN looks like this: 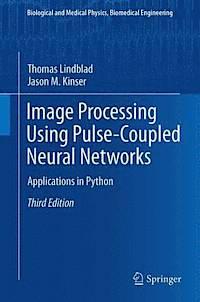 Every spring semester I used to be responsible for the examination of projects in neural networks and machine learning., These courses were initially run by prof. Åge Eide at the Ostfold College (HIOF) in Halden, There were also a few masters studens every year presenting very exciting projects.

The Excitera Innovation Challange used our electronic nose as an input to a competition this year. Some information, as well as a video of the talk given at the kick-off meeting can be found if you follow the link below: