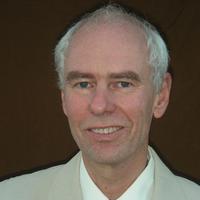 My research interest is directed towards fundamental surface chemical issues in the areas of Interfacial Forces, Bio- and Aqueous Lubrication, Nanomechanical Mapping, Nanowear, Self-assembly and Adsorption. In recent years I have also increasingly considered topics related to corrosion and corrosion protection. Many of my research projects have been developed based on the needs of industry, and I think of my work as industry-inspired fundamental research.

Interfacial Forces: I have been interested in and worked with surface forces since the beginning of my research career. Initially studying effects of electrolytes and surfactants. Later, surface forces induced by polymers and polyelectrolytes became the main topic, until mixtures of polyelectrolytes and surfactants became my favourite theme. Such systems are complex and changes in polyelectrolyte structure can result in dramatic changes in self-assembly and interfacial properties. A fascinating and industrially important aspect of many of these systems is that non-equilibrium effects are important since polyelectrolyte-surfactant mixtures are prone to be trapped in non-equilibrium states.

Bio- and Aqueous Lubrication: My studies in the lubrication area are focused on how to achieve low friction and high load bearing capacity in the boundary lubrication regime in aqueous media. Here one can find inspiration from Nature, which has achieved close to frictionless motion in aqueous media in constructs such as our synovial joints. We can learn from the type of biolubricants, and in my research I have utilized biomimetic lubricants and self-assembly structures to achieve low friction forces and high load bearing capacity. Key issues include lubrication synergies, hydration lubrication and energy dissipative mechanisms.

Nanowear: Wear occurs between sliding surfaces and I have been particularly interested in gaining insight in the initiation of wear, which can be probed by scanning probe techniques. I have found that for polymer surfaces one often see the following mechanisms with increasing loads: smooth plastic deformation, plastic deformation giving rise to characteristic ripple structures followed by initiation of abrasive wear.  In contrast, for soft and stretchable materials like hydrogels elastic deformations are often dominant, whereas for brittle surfaces like calcite abrasive wear predominates. Current research focuses on wear protection by adsorbed layers and how the binding mechanism of such layers affects the wear of the protective layer.

Self-assembly: Self-assembly in bulk and at interfaces is another of my interests that is of importance for both surface forces and friction. In recent years I have focused on self-assembly leading to lubrication synergies and here X-ray reflectivity and neutron reflectivity measurements combined with advanced modelling has provided detailed insight. I have also considered  suprastructures formed by nanoparticles. Interestingly, it appears that the nanomechanics of such suprastructures are essential for their internalization and distribution in living cells, including cancer cells.

Adsorption: To understand surface forces and friction one needs to have information on the surface layers, which often are formed by adsorption. Thus, I use a range of methods for studying adsorption, including QCM-D and ellipsometry. When the adsorbed layer contains more than one component, one needs to utilize species specific techniques such as neutron reflectivity, X-ray reflectivity, TIR-Raman and NMR to gain additional information. Experiments at large scale facilities is of great importance for my work.