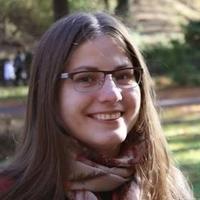 Accuracy of the device models is often an issue between device supplier/owner and Transmission System Operator (TSO). TSOs require not only as accurate models as possible, but also models which can be used in positive sequence simulations of large power systems. Checking the accuracy of the device models is known as model validation. Obtaining accurate model parameters is called parameter estimation.

The research deals with device model validation and model parameter estimation using measurements. It focuses on developing methods for validating individual device models and its aggregations in the grid. In addition, the algorithms from signal processing, control theory and computer science for parameters estimation to be applied.

This research is carried out as part of iTesla project.

(Project supported by the European Commission under the 7th Framework Program)

Tetiana Bogodorova was born in 1986 in Zaporizhia, Ukraine. Graduating with honors, Tetiana received her BS in Computerized Systems, Automatics and Control and her MS in Automatic and Control Systems from National Technical University of Ukraine - Kyiv Polytechnic Institute. For both degrees, she specialized in control theory. From 2007 to 2011, she was a systems engineer in System Analytics Group, R&D, NetCracker Technology Corp. She was involved into development process of the Operations Support System (OSS) for telecommunication industry. In 2012 she was enrolled as a PhD student at Electrical Power systems Division, School of Electric Engineering, KTH - Royal Institute of Technology, Stockholm. Her current research interests lie on intersection of system identification theory and power systems analysis, modeling and validation.