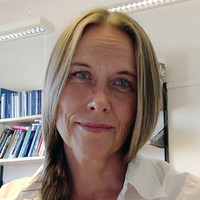 Read interview with me about my thoughts on third-cycle education

Light at the end of a cellulose-binding tunnel:
Divne C et al & Jones TA (1998) High-resolution crystal structures reveal how a cellulose chain is bound in the 50Å long tunnel of cellobiohydrolase I from Trichoderma reesei. J Mol Biol 275:309 (citations: 343; ave.citations per year: 14)

Our seminal paper in Science on the structural basis of degradation of crystalline cellulose:
Divne C et al & Jones TA (1994) The three-dimensional structure of the catalytic core of cellobiohydrolase I from Trichoderma reesei. Science 265:524 (citations: 520; ave.citations per year: 18)

Despite the general importance of sugar biopolymers to organism biology, little is known about the molecular details of their synthesis. We are interested in the molecular mechanisms underlying biogenesis of glycoconjugates and polysaccharides important to life. We use state-of-the-art tools in membrane protein molecular biology, biochemistry and structural biology. Examples of enzymes under study are glycosyltransferases (GTs) that are integral multipass transmembrane proteins with varying topological complexity, and mainly reactions where donor sugars are transferred to a lipid or sugar acceptor. The systems currently under study include N-glycan, ganglioside and polysaccharide biosynthesis.

Besides increasing the fundamental knowledge about the natural biological processes, important aims also include discovery and design of transmembrane GTs that can be used for cell-free in-vitro production of glycoconjugates and polysaccharides for advanced and controlled biomaterial design and therapeutics.

Within this scope, we are particularly interested in understanding the pathways and mechanisms of enzymes that synthesize and modify phytopathogenic polysaccharides and flavonoids, as well as enzymes of commensal bacteria involved in natural, health-promoting interactions with the human host.