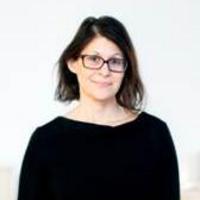 Lisa is an engaging and motivated leader with a strong passion to create impact through innovation. She has over 20 years’ experience of working with innovation and entrepreneurship tied closely to the academic sphere.

She has held a number of roles at KTH since 2002 and in 2006 she became CEO of KTH Holding AB. In 2007 she was also recruited as Head of KTH Innovation with the task of setting up the new department. Today, she holds both of these positions.

Previously Lisa was hired by the consultancy firm McKinsey to create a new legal entity for Sweden’s largest business plan competition Venture Cup. She continued as regional manager and before leaving she was responsible for starting the national organization Venture Cup Sweden. Lisa has also served as a research assistant in the field of entrepreneurship for two years, and has been the joint owner of a consultancy firm. From 1999 to 2003 Lisa was an advisor on small business issues to the Ministry of Enterprise and Innovation.

Lisa studied Economics and Business Administration at Orebro University and at HES Amsterdam School of Business, and has taken complementary courses at MIT (Massachusetts Institute of Technology), Stockholm School of Economics and Cambridge University.