My serious and non-serious biographies

He received the M. Sc. degree in Electronic Engineering on April 19, 2005 from the University of Udine, Italy. From January 1, 2006 to December 31, 2008 Luca was a Ph.D. student at the school of Mechatronics and Industrial Systems at the University of Padova, Italy, under the supervision and support of prof. M. Zigliotto and prof. S. Bolognani. He was affiliated to the Department of Management and Systems in Vicenza, Italy.

Between November 12, 2007 and March 21, 2008, during his Ph.D. studies, Luca was a visiting student at ABB Corporate Research, Västerås, Sweden.

From January 1, 2009 to July 23, 2010 he held a post-doctoral research position in the same department of the University of Padova, before joining ABB Corporate Research as a full-time employee on August 16, 2010.

Following the technical-scientific career within the ABB organisation, Luca has covered different roles, including those of scientific expert, project leader, strategy coordinator. He has also been an Affiliated Faculty member at KTH, division of Electric Power and Energy Systems, since July 1, 2016.

He departed ABB as a Principal Scientist on September 2, 2018. From September 3, 2018 Luca is an Associate Professor at KTH, division of Electric Power and Energy Systems, in the field of Electric Machines and Drives.

His main scientific interests relate to the automatic parameter estimation in electric machines, sensorless control, loss segregation in drive systems, condition monitoring of machines and drives, in the context of industrial and wind energy applications.

From 2019, Luca is a member of the doctoral programme committee in Mechatronics and Product Innovation Engineering at the University of Padova, Italy, in the role of external expert. The committee member list is found here (in Italian).

Luca Peretti is a member of the Institute of Engineering and Technology (The IET) since 2006, and an Associate Editor of the IET Electric Power Applications Journal since May 2019.

Luca Peretti was born in the North-East of Italy in the small town of Udine, which is mainly (for some, exclusively) known for its football team Udinese. That team is still playing in Serie A - the highest league in the country - since 1995. Many wonder how this wizardry is still possible.

After obtaining the high-school diploma, everyone (including himself) thought that he aimed at a career in accounting and finance. Therefore, he enrolled in a bachelor+master program at the University of Udine, but something must have gone wrong in the application, because he found himself enrolled in the Electronic Engineering program.

After two slow-start years, the third year presented itself with a monumental examination in Electromagnetics, which was comparable in complexity to the building of the Great Wall of China. Many of the youngsters that survived until there sank like the Titanic and never recovered. He miraculously passed at first attempt and looked back at the precipice with shaky legs. With the worst behind the shoulders, the march through the advanced courses brought him to the M.Sc. degree with full marks and praise. His father stated, "You are like a diesel motor, your value comes out at the distance". It was 2005 and the DieselGate was still far away. We are not sure that the same statement would be pronounced today.

Instead of settling on a safe job, he decided to pursue a Ph.D. degree at the University of Padova, astonishing many people around him that were concerned of the miserable salaries of Ph.D. students in Italy (you do not want to know how bad it is). While living just above the poverty threshold in the city of Vicenza, surviving because of a merciful father, and sharing rooms with the most interesting student individuals on Earth, his time in Vicenza was valuable, very formative and perpetually changed his Italian accent towards the local dialect and vocal tones. Acquaintances in the hometown of Udine were suddenly confused on his real origin because of his odd way of talking.

During his Ph.D. times, he had the opportunity to freeze during the winter 2007/2008 in Västerås, Sweden, working at ABB Corporate Research as a visiting student. A very peculiar winter. It did not snow for the entire season, except for March 21, 2008, the exact day when he returned back to Italy. Once back, the yellow-cross-on-blue flag had already taken him (but not in the Italy-Sweden international football matches).

And so it was that in 2010, after defending his Ph.D. and performing a short PostDoc, he moved out of Italy leaving his family, friends, cats, basketball team, favourite TV programs, etc. for a quiet existence in Västerås, at ABB Corporate Research.

Without entering into company-related technical details that could cause him premature death, he is proud to have spent eight years at ABB where he managed to blow up five converters. He did not burn any machine, though, although he was close to it once (the smell of cooking stator impregnation was evident). This missing achievement is a spot on his CV.

Today is a happy member of the KTH family, and still wonders whether KTH will regret offering him a contract, some day. 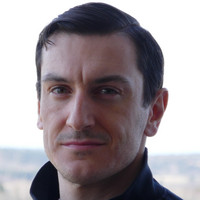