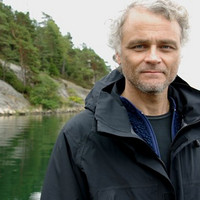 Peter Sigray is a researcher at Royal Institute of Technology (KTH) in Stockholm, Sweden. In his earlier work he was studying electromagnetic phenomena in the oceans and specially to utilise the technique of “Motional Induced Voltage” using trans-Atlantic telecommunication cables to explore the inflow of the North Atlantic Current between Faroese and Iceland. He later turned his interest to bioacoustics, studying different aspects of the marine soundscape. He was part of the BIAS project, which was the first world-wide attempt to make large scale assessment of the marine soundscape. He has developed several novel instruments for example the particle motion sensor and the electromagnetic sledges (SEMLA). The former is used to measure the acoustics using the same concept as the ear of a fish and the latter is used to map electromagnetic fields generated by sub-marine cables. The SEMLA was used extensively in collaboration with URI. https://www.kth.se/profile/sigray/Lately He eis also involved in developing underwater communication for AUV applications.