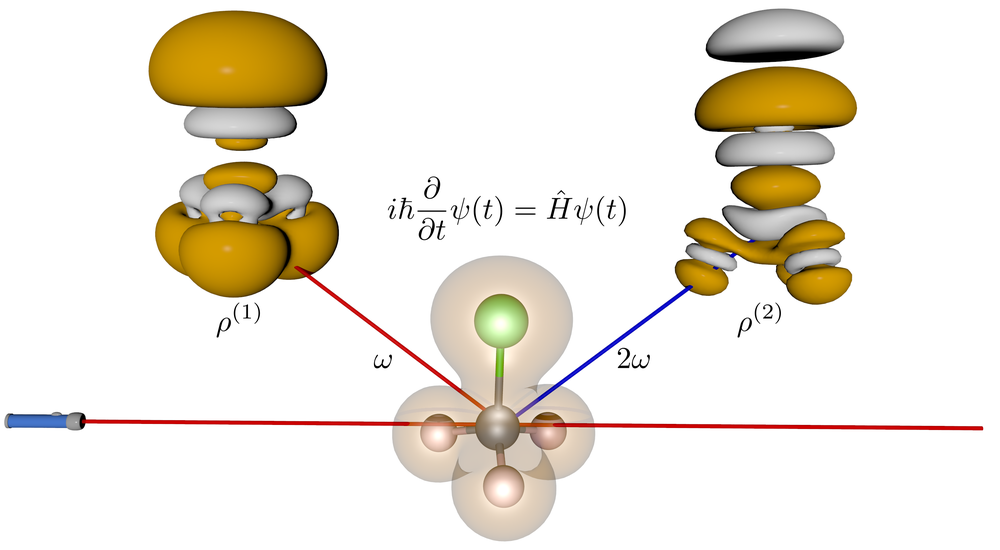 This course on Molecular Quantum Mechanics introduces the formulation of quantum mechanics for many-electron systems and provides the foundation to reach a deepened understanding of nano-science in general. A physicist may talk about valence and conduction bands in semiconductors; a chemist may talk about catalytic cleavage of strong covalent bonds in water as a means to store energy; a biochemist may talk about beta-sheet protein structures that give rise to Alzheimer's disease. A common denominator for these disparate topics is the Schrödinger equation and from which one can determine the quantised energy levels of microscopic systems.

The course will be concerned with molecular systems in which the number of electrons is sufficiently small to incorporate all particle interactions in the Hamiltonian and other operators. Approximations are instead systematically introduced in the formation of wave functions, containing parameters that in turn are optimised with the aid of powerful computers. Supercomputers such as those provided by the PDC Center for High-Performance Computing at KTH represent the tools to solve the pertinent equations.

Molecular electronic structure theory will be presented during a series of lectures and practiced during tutorial sessions. In addition, the course also contains a series of mandatory project laborations that are conducted on individual basis or, if so preferred, in teams of two students. During these laborations wave functions for molecular systems will be computed with standard quantum chemical software and analysed to answer illustrative questions in molecular physics.

The course provides a broad knowledge base for continued studies or research in e.g. nanotechnology, computational chemistry, molecular physics, biochemistry, and spectroscopy. It also provides practical modeling and simulation skills that can be used to study many types of problems within these fields.

The course is directed toward students of physics and applied mathematics as well as mathematical- and physical-oriented chemists.

No activity in the past month. Go to the News feed to see older activity