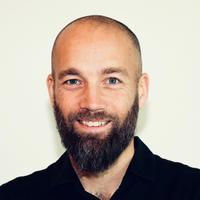 My name is Henrik Ernstson, and I am developing a situated approach to urban political ecology with a special focus on southern and postcolonial urbanism. This means that I mainly combine urban political ecology, urban studies, STS, and social movement studies, alongside interdisciplinary research in urban and landscape ecology. I am also developing a film-based research practice as part of the environmental humanities that uses cinematic ethnography, montage and essay film to engage in the texture, embodiment, and situatedness of political and environmental practices, knowledges and politics.

Publications and scholarly networks. I have published over 40 peer-reviewed journal articles and chapters in leading journals, two major books that spans several of my interests, and made contributions to visual environmental humanities through a documentary film.

Several of my publications have become central in the broader urban environmental studies, including articles with colleagues on Situated Urban Political Ecology in Antipode (2014), heterogenous infrastructure in Urban Studies, which won the Best Article Award (2018), the performativity of "the political" in relation to global warming and the so called Anthropocene in Theory, Culture and Society (2019), environmental justice and ecosystem services in Landscape and Urban Planning (2013), urban transitions in Ambio (2010), and the use of network analysis in natural resource management in Ecology & Society (2006).

I have extensive international collaboration with co-workers, practitioners, and urban artists in South Africa, Uganda, Nairobi, Angola, UK, Italy, USA and Sweden and I have led various interdisciplinary research groups with studies in Cape Town, New Orleans, Stockholm, Kampala and Luanda. I am one of the founders of The Situated Ecologies Platform in 2010 with Joshua Lewis and Jacob von Heland that explores the spaces between art, science and environmental politics. I am the co-founder of the Situated Urban Political Ecology Collective (#SituatedUPE) with Mary Lawhon and Jonathan Silver that gathers junior and senior scholars interested in the politics of the urbanization of nature drawing on urban political ecology and postcolonial studies.

The first book is Grounding Urban Natures: Histories and Futures of Urban Ecologies (MIT Press 2019, edited with Sverker Sörlin), which won the MIT Press Library Award and was published #OpenAccess at MIT Press. The book has case studies from cities on five continents this book brings together human geography, environmental history, and urban studies to develop an argument for comparative urban environmentalism developed from how postcolonial urbanism, or Southern urbanism, intersects with urban environmental studies. From this theoretical argumment, the book invites the reader to think with richly textured case studies by leading scholars with long experience of working in these particular cities and places. Urban environmental politics emerges from the textured case studies to theorise and understand urban socioenvironmental conflicts across a range of contexts, from Delhi, Yixing, Lagos, San Francisco, New Orleans, Berlin, and Cape Town. The chapters are written in plain English where jargon has been kept to a minimum making the book great teach undergraduate and postgraduate students from. It provides a sample of the enormous variability under which the world is urbanizing, paired with different methodologies used by urban environmental scholars, from the use of archives, observation, ethnography and interviewing—and critical reading of landscapes and texts. Authors include leading thinkers from anthropology, environmental history, human geography, planning and sociology, including Amita Baviskar, Anne Whiston Spirne, Richard Walker, James P. Evans, Lindsay Sawyer, Joshua Lewis, Lance van Sittert and several others.

The second book is Urban Political Ecology in the Anthropo-Obscene: Interruptions and Possibilities (Routledge 2019, edited with Erik Swyngedouw). The book argues for combining environmental thought much more explicitly with political and radical democratic theory in order to face serious social, ecological and political challenges. Thirteen chapters from leading environmental and political thinkers, ranging from Roger Keil, Jodi Dean, Richard Walker, Malini Ranganathan, Garth Myers, Jonathan Silver, Andy Merrifield, Marco Armiero, Sapana Doshi, Andrés Henao Castro, Maria Kaika and several others. The book is jam-packed with crucial theory on how to re-politicize the environment. Giorgos Kallis, Professor at the Autonomous University of Barcelona, said of the book: "What can be done? This book is a must-read for activists, scholars and scholar-activists who struggle for a better and more equal world." The book is highly recommended for higher-seminar readings among postgraduate and PhD courses.

With my colleage Jacob von Heland, I have also released the cinematic ethnography film One Table Two Elephants (CPH:DOX 2018, 84 minutes) that deals with race, nature and knowledge politics in the postcolonial city. The film is based on my long-term ethnographic work in Cape Town on ways of knowing urban ecologies that started in 2009 and then further developed since 20145 with Jacob when we complemented the pen and paper of the ethnographer with the camera. In collaboration with the people that are part of the film we explore who can claim to be in the know of the postcolonial city, a question we enter through the very mundane objects of plants and a wetland. The film has been nominated to several prizes and screened at film festivals in Copenhagen, Cape Town, Tirana, Nijmegen and Stockholm, including nominated to Nordic Dox Award at CPH:DOX, Copenhagen International Documentary Film Festival in March 2018 and nominated to Best Documentary Feature with African Premiere at Cape Town International Film Festival (CTIF&MF) in October 2018. The film is used in teaching at universities in England, USA, Australia, Sweden, and South Africa. We have created a teaching resoure at our lab group The Situated Ecologies Platform.