Patrick Norman received his PhD in 1998 at Linköping University, Sweden, defending a thesis titled "Nonlinear Optical Properties of Fullerenes, Oligomers, and Solutions". He did a first postdoc at the University of Odense (nowadays University of Southern Denmark), Denmark, developing nonlinear response functions in the 4-component relativistic realm. He also did a series of postdoctoral secondments at the University of Ottawa, Canada, studying vibrational contributions to molecular properties.

Norman worked as Assistant Professor at Linköping University until 2005 and lectured on courses in Modern Physics, Quantum Mechanics, and Quantum Chemistry. In 2006, he was promoted to Associate Professor and, in 2008, he became a Senior Researcher of the Swedish Research Council in the subject matter of Theoretical Chemistry. This appointment came with a six-year funding for research and led to the promotion to Professor in 2010.

In 2012, Norman became the Director of National Supercomputer Centre (NSC), alongside his faculty position. In 2016, he left Linköping University and became Head of Theoretical Chemistry and Biology at KTH Royal Institute of Technology in Stockholm. He remains in this position as of today. 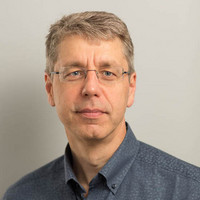