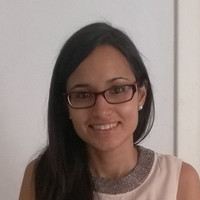 In her Ph.D. program, Lissy Pellaco is investigating the merger of traditional parameterized and machine learning-based approaches to wireless communications, both satellite and terrestrial. She is also a reviewer for ICML 2020, SPAWC 2020,  EUSIPCO 2020-2019, and Scientific Reports, and, since February 2019, she is part of the coordination group of the Female PhD Student Network at the School of Electrical Engineering and Computer Science in KTH.

In July 2019 she attended the 36th edition of the Machine Learning Summer School (https://sites.google.com/view/mlss-2019). In December 2018 she received the graduate award issued by the Italian Association of Electrical, Electronics, Automation, Information and Communication Technology (AEIT) to the most promising graduate in ICT Engineering. In April 2018 she was awarded the Excellence grant by the Executive Committee of the Doctoral Program council of the school of  Electrical Engineering and Computer Science at KTH. Also, in 2013 she was the recipient of the “ASING” and “IRIS INGEGNERIA” awards issued by the University of Genoa to the most brilliant first-year B.Sc. students.