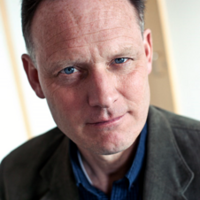 Göran Stemme received his M.Sc. degree in electrical engineering in 1981 and the Ph. D. degree in solid state electronics in 1987, both from the Chalmers University of Technology, Gothenburg, Sweden. In 1981, he joined the Department of Solid State Electronics, Chalmers University of Technology, Gothenburg, Sweden. There, in 1990, he became an associate professor (docent) heading the silicon sensor research group. In 1991, he was appointed professor at The Royal Institute of Technology, Stockholm, Sweden, where he is the head of the Micro and Nanosystems Department at the School of Electrical Engineering. His research on micro and nanotechnology and systems spans over a broad range of techniques and application fields such as medical technology, microfluidics, optical applications, wafer-level packaging and device integration. Some of the results have successfully been commercialized. Between 1995 and 2001 he was a member of the International Steering Committee of the Conference series IEEE Microelectromechanical Systems (MEMS) and he was General Co-Chair of that conference in 1998. Dr. Stemme was Senior Editor of the IEEE Journal of Microelectromechnical Systems between 1997 and 2022 and he was a member of the Editorial Board of the Royal Society of Chemistry journal "Lab On A Chip" between 2000 and 2005. He is Subject Editor of Nature Publishing Group journal "Microsystems & Nanoengineering" since 2014. Dr. Stemme has published more than 430 research journal and conference papers. His publications have more than 10900 citations and an h-index of 52 according to Scopus. Dr. Stemme has given invited, key-note or plenary talks on 25 occasions at international scientific conferences and he has more than 50 published patents. Dr. Stemme is an IEEE Fellow and member of the Royal Swedish Academy of Sciences (KVA) and the Royal Swedish Academy of Engineering Sciences (IVA). In 2021 he received the prestigious IEEE Robert Bosch Micro and Nano Electro Mechanical Systems Award "for pioneering contributions in MEMS sensors, particularly for medical applications, and sustained commitment to transferring MEMS to industry and society".