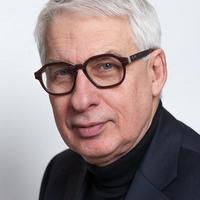 C. Commission of trust: IT-commission report 2/99: Framtidssäker IT-infrastruktur för Sverige. En rapport från hearingen ”Kommunikation till alla – alltid”. Member of Advisory Board, Swedish Agency for Health Technology Assessment and Assessment of Social Services, SBU, since 2000. Member of the Board of Directors at AC-Net 1998-2000. Chairman for the 6th Int Conf on Telemedicine, Uppsala, 2001. Committee at Ministry of Health and Social Affairs: Vård ITiden-Strategier och åtgärder för at bredda användingen av telemedicine och distansöverbryggande vård, Ds 2002:3. Chairman of SIS TK 334 Health Informatics in since 2004. Convernor of ISO/TC215 Health Informaics standardization, WG1 Architecture, Frameworks and Models since 2017. Chairman/Co-chair of the CEN/CENELEC, Software and Medical Devices (SAMD) group since 2008. Member of different Scientific committees at conferences. Member of the reference group to the Ministry of Health and Social Affairs during the development of a National IT-strategy for health and welfare, 2005-2006. One of the initiator to create HL7 Sweden, 2005, Sweden and Member of the Board 2014 - ongoing. www.hl7.se. Member of the evaluation board for applications to Vinnova, VINN Excellence Center,  Biotechnique – Biomedicine, 2005-2006 and member of the evaluation board for Vetenskapsrådet, VR, Biomedical engineering, 2006. Expert to the Swedish Agency for Higher Education (Högskoleverket) in the evaluation of the University College (Högskolan) in Borås for a Masters programme in Biomedical Engineering, 2007. Member of the development programme for National Information Structure, the Swedish National Board for Health and Welfare since 2007.  Expert/Evaluator for different academic positions as professor, co-opted professor or lecturer at different universities inSweden and abroad. Assignments at dissertations both at mid-examinations and for Ph. D.-thesis. Invited speaker at different conferences in the area medical engineering and informatics. Member of the Swedish Society of Medicine, the Swedish Federation for Medical Informatics (chairman 2009-2010) and the Swedish Society for Medical Engineering and Physics, member of the certification committee since 2017. Member of the steering committee of Health Informatic Centre at the Karolinska Institute, Stockholm 2008-2009. Member of the Board, Technology and Health, Royal Institute of Technology, Stockholm 2008-2010. Assistant coordinator of the Medical and Biomedical Technologies Platform at the Royal Institute of Technology in Stockholm 2010.

Member of the Board of St Lukasstiftelsen, Umeå 1996-2003. Chairman of Nybyvision, www.nybyvision.se since 2009, a non-profit business in Uppsala focusing on employment and integration.

D. Networks in academia and industry: Consulting activities regarding the EU´s Medical Devices Directive, EU-projects, CHIN, telematic development within healtcare, 1996 – 2000. Coordinator EU policies at the Life Science Technology Platform at KTH since 2012-2016. Moderator of the Working Group dedicated to Health and Medical Data Analytics, EIT Health HMDA since May 2018.

E. Entrepreneurial achievements: Inventor of patents. Member of Advisory Board at different companies. Member of the Board of Directors in companies and Regional development foundation, Umeå. Senior Advisor at C.A.G. Next AB, Stockholm, Board member of Innovosens AB, Malmö.

G. Other relevant qualifications: One of the initiator to create a Centre for Biomedical Engineering and Physics, at Umeå University, established June 27, 2001. www.cmtf.umu.se, and one of the initiator to the Centre for eHealth, at Uppsala University in 2005. Director: Sabine Koch. Secretary: B-E Erlandson. www.ehealth.uu.se. Between 2006-2008, Research Group Leader for the research group of Biomed Informatics and Eng, Dep of Medical Sciences, Uppsala Univ. www.medsci.uu.se, www.medfarm.uu.se/forskning/. Lecturer in course programmes for engineers in Medical engineering

H. Supervision: See part F, Thesis of graduate students as well as main supervisor and co-supervisor for others and ongoing.

I. Publications: Reports (scientific journals, conferences and others) and publications (>140).