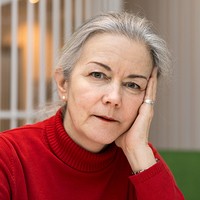 Britt Östlund is Professor Emeritus at KTH. For almost forty years, she has been involved in research and development on technology and social change with a focus on later life, elderly care and attempts to design and streamline health care with technology. In fact, care for the elderly is an excellent example of the hopes attributed to technology in our culture and the interplay that takes place between technology and social practices. As a social scientist, she started up with an interdisciplinary PhD in Technology and social change at Linköping University 1995 and was part of initiating the European research network in Gerontechnology at the crossroad of engineering, sociology and medicine. Over time, her research has contributed to further developing this perspective into a contextual approach and in 2017 succeeded in formalizing the Socio-Gerontechnology Network. Promoting contextualization increases knowledge about what enables and limits use and acceptance; technology's bearing on power, meaningfulness and how technology contributes to shaping our perception of aging. Part of this has been to increase participation in design and evaluation of new technologies and which has created a number of projects together with local actors, companies and organizations. Many questions about technology in elderly care are still under the radar. Seen over time and in the lack of continuity in the knowledge of how technology has affected health care, there are reasons to ask questions about what creates change and sustainable development.

Questions about aging and technology have grown rapidly both scientifically and politically since Britt defended her thesis. During IT development in the 1990s, she worked as an expert in EU programs and developed programs on the use of IT in collaboration with Ericsson at Swedish funding agencies and Government Offices and as head of IT-development at the Swedish Agency for Innovation Systems. In 2004, the research career took off again when awarded the Lise Meitner professorship at the Department of Design Sciences at Lund University, followed by being Associate Professor in Rehabilitation engineering 2007, and professor in Welfare Technology 2013. Since 2014, she holds a professorship in Technology in Health Care (Teknisk vårdvetenskap) at KTH with a focus on the digitalization of health care, the home as a new hub for care interventions, patients 'and care receivers ' needs and demands, especially regarding the increasing automation and robotization of elderly care. From its start 2019, she was Associate Director of KTH Digital Futures and since 2020 appointed member of the Government Advisory Board for Aging, health and life sciences and the Government Board for Ageing Research. She has supervised ten PhD students, published 98 papers, chapters and books, and achieved a number of multi-annual grants and faculty committee assignments nationally and internationally.

As Professor Emeritus, she is developing issues around existence and aging and technology. What is a human being in times of increasing robotization and what does digital aging mean?